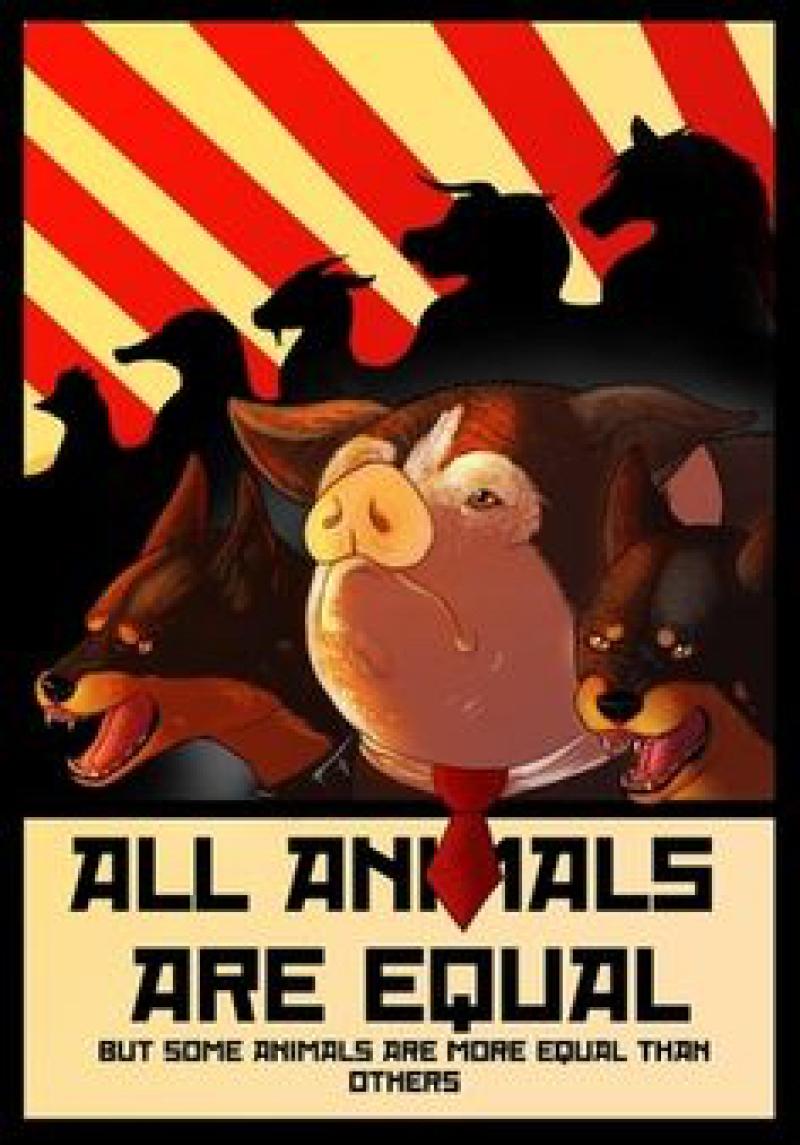 Roscommon County Youth Theatre are preparing for the staging of George Orwell’s ‘Animal Farm’ in the Roscommon Arts Centre from April 27 to 29.

The performance follows the rebellion of the downtrodden animals of Manor Farm, who are mistreated and abused by Farmer Jones.

The audience will witness the euphoria of comradeship after the human oppressors are driven off, and the pigs, smartest of the animals, band together to provide leadership to the other animals.

The animals enjoy some time where all animals are equal and share the work and food on the farm, under the idealistic guidance Snowball the pig.

But soon, the bigs begin to change things to give themselves more power and privilege, so that the animals are no better off than they were under the rule of the humans.

Animal Farm will be on stage on Thursday 27 and Friday 28 at 11am for schools that have the 1945 novel on the syllabus.

Other shows take place on Friday 28 and Saturday 29 at 8pm. Book tickets now at Roscommon Arts Centre on 09066 25824 or www.roscommoncoco.ie.