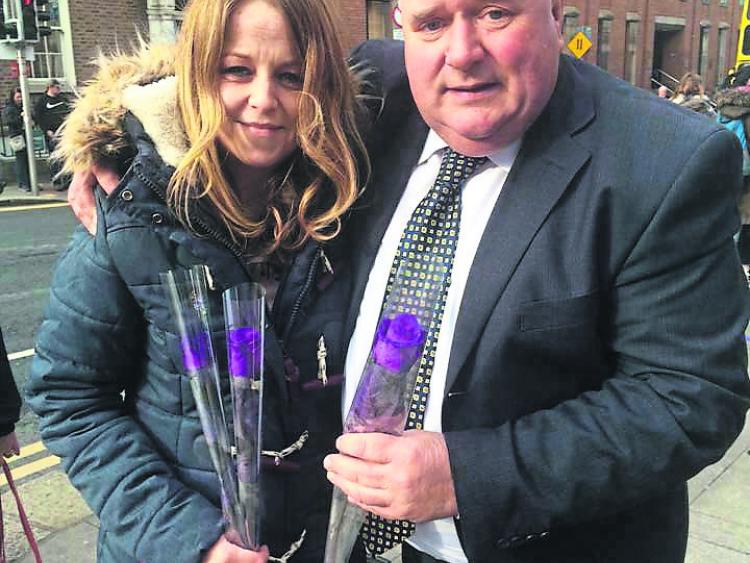 The Hope for Orkambi Walk which aims to highlight the importance of the new drug, Orkambi, in the treatment of CF kicks of at 6:30pm.

Speaking to the Leader, Ms McNulty said confirmation on whether or not the Irish Government will fund the drug will be received in just a couple of weeks time.

She also pointed out that patients and campaigners have now waited months for the HSE to negotiate a price with the drug’s manufacturer Vertex, and while all this has been happening, lives have been lost.

“Local people,” she added, “want to become involved in the campaign”.

“A lot of local people said they weren’t in a position to come to the Dáil to the participate in the protest there and as a result they felt they were not contributing to the cause,” she continued before pointing out that was her reason for organising next Friday’s march in Longford town.

“I have organised a walk from the Barracks to the Market Square next Friday not just for Orkambi awareness but also to remember those with CF who have passed away.”

With negotiations between the HSE and Vertex still to the fore, the local CF campaigner says Taoiseach Enda Kenny is now fully on board with the situation.

“I’m told there still has not been a deal reached between the HSE and Vertex,” Ms McNulty added.

“But the Taoiseach, Enda Kenny has indicated that there will be something in about two weeks.

“All we can hope for is that the answer is not no; the Taoiseach really has changed his attitude towards the matter.”

Meanwhile, on Friday those participating in the march will gather and Connolly Barracks and walk to the Market Square where purple balloons will be released.