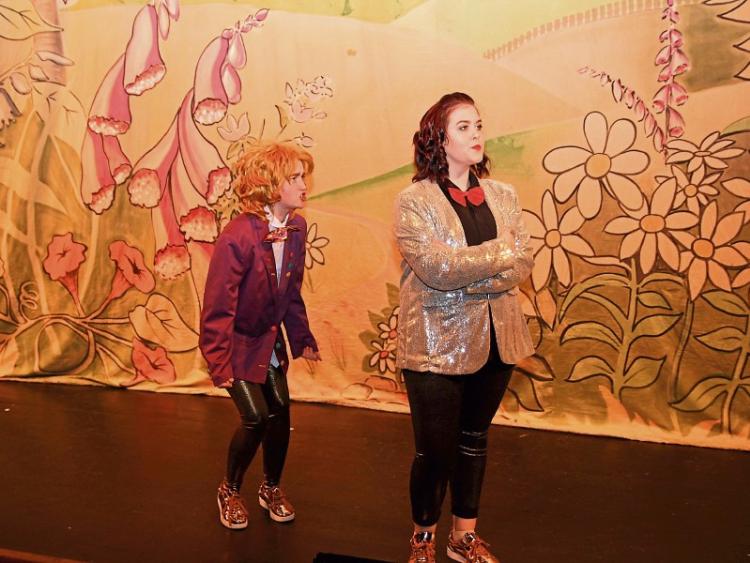 After selling out six shows at the Backstage Theatre, Backstage Youth Theatre's 2017 Panto 'Prince Handsome' is scheduled for an extra performance in aid of the Aisling Children's Arts Festival.

Having received rave reviews since it opened on Friday last, 'Prince Handsome' tells the story of the handsome, but witless prince, who must marry the rich Princess Mia to save his father's kingdom.

All does not go to plan however, thanks to the evil Vill.I.An, who has his own plan to win the hand of Princess Mia.

The audience is lead through the show by narrators Antonia  and Decoroso (Ant and Dec), while other characters including the three blind mice; half man, half cat Indigo Manjana; Jeeves and Buttercup all add their own elements to what was a laugh-out-loud show from start to finish.

The extra show will take place tonight, Wednesday, January 25, and the Aisling Children's Arts Festival, which had a well documented struggle to attain funding this year, will benefit from the proceeds.

This is a tradition for BYT, who have offered to proceeds to numerous local groups in the past.

All six previous shows sold out ahead of the performances, so early booking is advised to avoid disappointment.

BYT's seventh, and possibly their best, panto, this is definitely not a show to be missed.

Book your tickets now by calling the Backstage Theatre Box Office on 043 33 47888 or by visiting www.backstage.ie.