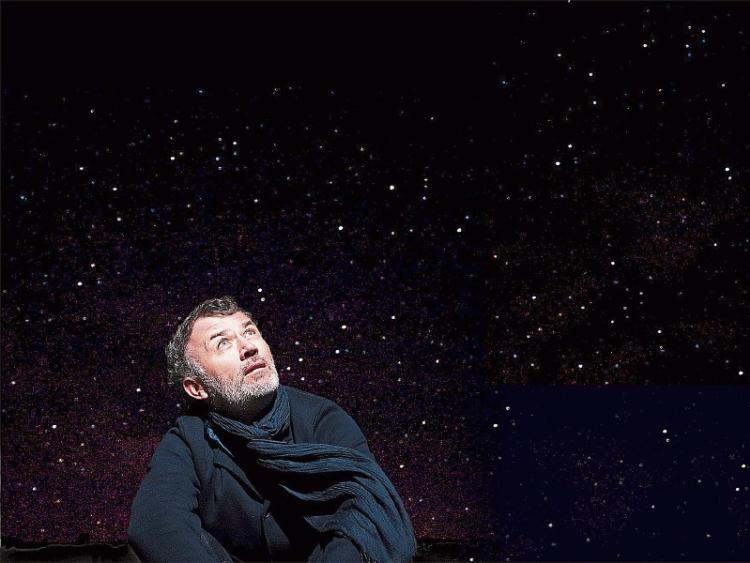 Described by The Guardian as 'a wide-eyed philosopher of love and life who performs as if appalled by the idea of being bland', Tommy Tiernan own unique style of comedy has continued to attract fans of all ages throughout his  career.

Longford fans will no doubt be delighted to hear that one of Ireland's most famous comedians will be travelling to the midlands in early 2017, as he extends his 'Under the Influence' tour to include a date at the Longford Arms on February 17.

“I don't know the capacity, but there's usually three or four times that amount there,” he laughed.

“My experience there has always been; the audience  sitting down, looking down at me pretending to be mad, and they actually are mad!”

It's been a very busy year for Tommy, though no more or less so than in previous years, he admitted.

Touring in venues throughout the world, from Moscow to Perth and throughout Ireland, Tommy performed for one month at the Edinburgh Fringe Festival, which has culminated in the release of his latest DVD; 'Out of the Whirlwind'.

“I enjoyed the run in Edinburgh,” Tommy told the Leader, though pointed out that it was hard to choose 'peaks' in the year. This is partially to do with the fact that Tommy generally performs  three to four nights a week over 48 weeks of the year.

Despite this schedule, live comedy is still a passion and a privilege for Tommy.

“When I was a young fella, I dreamt of being a soccer player.

“It feels to me that the privilege of standing in front of a crowd and making them laugh four times a week, that's as close as I'm ever going to get to togging out at Croke Park.

“I feel as if I'm very blessed to have that contact.

“There's something very, very special about stand-up,” he went on to add.

“People don't laugh as much at anything else in their lives.”

In what might seem like a bizarre move for such an energetic man, Tommy took some time out this year to go on a ten-day Buddhist retreat, which he revealed was greatly beneficial.

He's always had an interest in religion, and the parts of our personalities that respond to religion, but when asked whether he would pay a visit to Longford's famous Cathedral, Tommy took the conversation down a slightly different route.

Wondering aloud whether towns which housed Cathedrals were entitled to be called a city, he claimed; “I think it's about time you got up on your hind legs and fought for city status!”

Tommy Tiernan will bring his 'Under the Influence' tour to  the Longford Arms on Friday, February 17, 2017.

You can see Tommy beforehand by picking up a copy of his DVD, 'Out of the Whirlwind', or by tuning into his brand new chat show.

'The Tommy Tiernan Show' will start on January 5, 2017 on RTÉ One and in a departure from other shows of its kind, the guests are a surprise to the studio audience, the viewers and Tommy himself - right up until they walk out on stage!