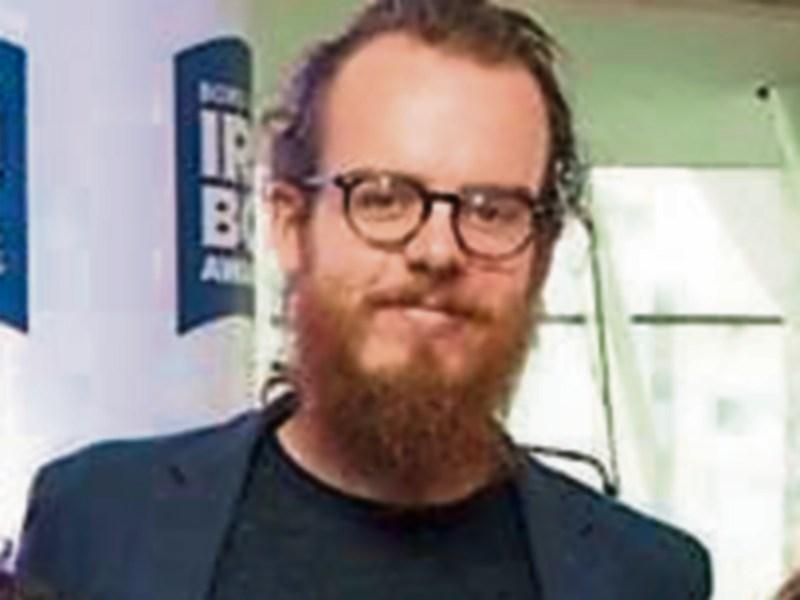 Longford literary fans are being asked to vote for local writer John Connell, who has been shortlisted for a prestigious Bord Gáis Energy Irish Book Award.

John's short story 'The Birds of June', originally published by Granta, UK,  is among six stories shortlisted for the Writing.ie Short Story of the Year Award.

With previous winners including Donal Ryan and John Boyne (The Boy in the Striped Pyjamas), it's a much-sought after accolade, and one which John would love to claim.

“I'm delighted,” he told the Leader this week. “I took the last year out to work on my writing and the hard work is starting to pay off, which is great.”

Speaking about his shortlisted story, John revealed that 'The Birds of June' was written approximately two years ago and though written in Canada, it's very much Longford-based.

“It's set in Longford and it's about my mother's life,” he admitted, pointing out that Mount Bridget is modelled on St Joseph's, where his mother, Maraget worked.

The story is a mix of both John's recollections and his mother's.

“She loved it,” he added. “she said it reminded her of her earlier life when we were kids.”

Originally published by Granta, a literary magazine in London, the piece was nestled amongst works by other excellent Irish authors such as Colm Tóibín, Emma Donoghue and fellow Longford writer Belinda McKeon.

“I sent in three stories and they chose that one,” John continued.

After coming home from Australia to spend a year writing in his native Parish - Killoe - John said that the nomination was a nice “nod” from the industry.

Now the Editor of a farming website in Mayo, John is also working on the second draft of a book of short stories, based on his own experience of farming in Longford,  which he described as a 'nature memoir'.

“As the old adage goes; write about what you know,” he laughed.

On a more serious note, he revealed that the year of writing helped him to greatly improve in his craft.

“I do a lot of running and training, I do triathlons and like that, you have to get fit.

“You can't just do it all at once, you have to build the muscle.”

It's a black tie event and will feature numerous household names. Though he was accompanied by his father, Tom, to hear the shortlist, John will attend the awards with his girlfriend Vivian, who will fly in from Australia prior to the event.

Thanking his supporters, including his parents, his girlfriend, Granta UK and Parish Priest, Fr Seán Casey, who reads all of his stories, John concluded with a smile; “It's been a while since I was nominated for an award, so it would be nice to get this one.”

To read 'The Birds of June', visit https://www.writing.ie/interviews/writing-ie-short-story-of-the-year-shortlist-read-vote/

To cast your vote, visit www.bgeirishbookawards.ie.

You can vote up until midnight on Friday, November 11.

The winner will be announced at the gala dinner on November 16, which will be broadcast on RTÉ on November 19.