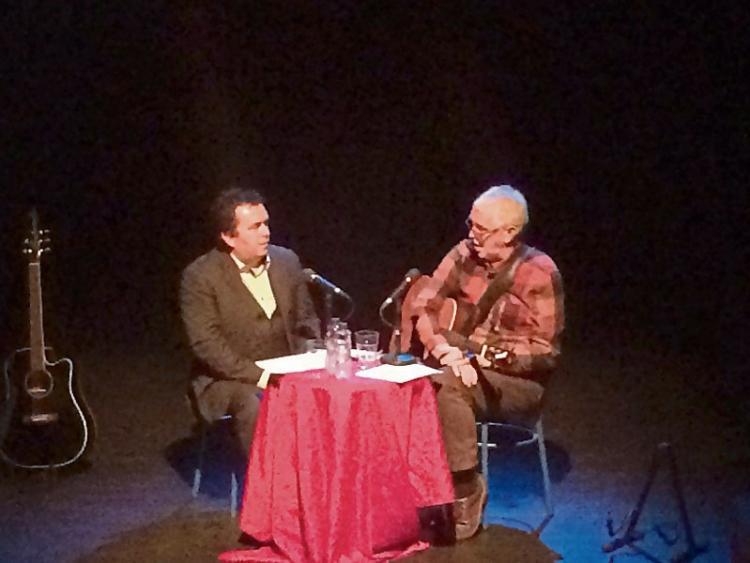 On Friday, October 14, the Backstage Theatre hosted an unforgettable night of music, billed as ‘Longford Live and Local’.

Organised by local musician Paul Gurney to promote and showcase local talent, the event undoubtedly delivered on its aim.

The evening was led by renowned singer/songwriter and broadcaster Charlie McGettigan, who performed a few songs, told some stories and interviewed each of the acts who passed through.

Country, rock, rockabilly, pop, musical theatre, traditional - the evening had it all as one by one, the acts took to the stage. Celebrating solo artists in particular, Paul and Charlie were joined by Sean Rooney, Mick Warnock, Valerie Nolan, Paul Hennessy and special guest Kat Mahon.

The evening was full of laughs, and as the show progressed, the audience joined in, clapping, stomping and singing along to some original songs and old favourites.

At the end, the artists all came together for an astounding Beatles medley (enthusiastically joined by the audience), before Charlie McGettigan and Paul Hennessy, backed by the other musicians, brought the evening to a stunning close with McGettigan’s Eurovision-winning ‘Rock ‘n’ Roll Kids’. The applause was nothing short of thunderous.

Planned as an ongoing initiative to celebrate the immense talent in our small county, the reaction to the inaugural show was incredibly positive. So much so that the next event has already been planned for December 8 at the Backstage Theatre, with Charlie McGettigan, Paul Gurney, Paul Hennessy, Kat Mahon, Valerie Nolan, Eimear Reynolds, Sean Rooney and Mick Warnock taking to the stage.

For more information, or to book your tickets, visit www.backstage.ie or call 043 33 47888. You can also keep up to date with upcoming Live and Local events by following them on Facebook.