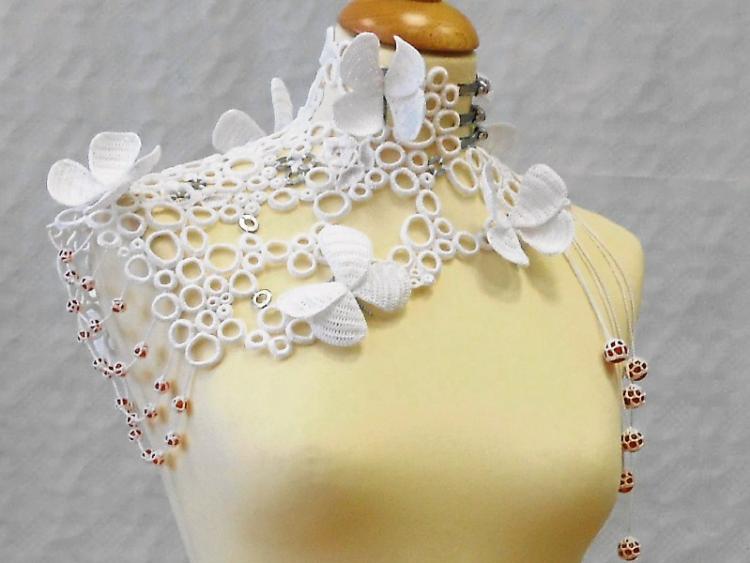 The Eleanor de la Branchardière Award is awarded for excellence and innovation in a lace entry.

Patricia was delighted when her entry, Wreckless Abandon, was selected for inclusion in the RDS exhibition.

It has been a busy year and a half for Patricia. This is her second time to be a finalist at the RDS Craft Awards Exhibition. Patricia’s piece Fionnula, a merino wool hand knit lace dress, was exhibited at the 2015 RDS Craft Awards. Patricia also exhibited at The Knit and Stitch Show 2015, RDS, Dublin as part of the DCCOI Thread Song Exhibition and, in 2016, at The Model, Sligo with her piece Iarmhaireacht.The RDS annual competition rewards excellence in Irish craft. The exhibition will be held during the Dublin Horse Show, from July 20 to 24, then travels to the National Museum of Ireland - Country Life, Co Mayo from August 9 to November 13. Additionally each winning design, including Patricia’s piece, will be exhibited at the National Crafts & Design Fair, held at the RDS from November 30 to December 4