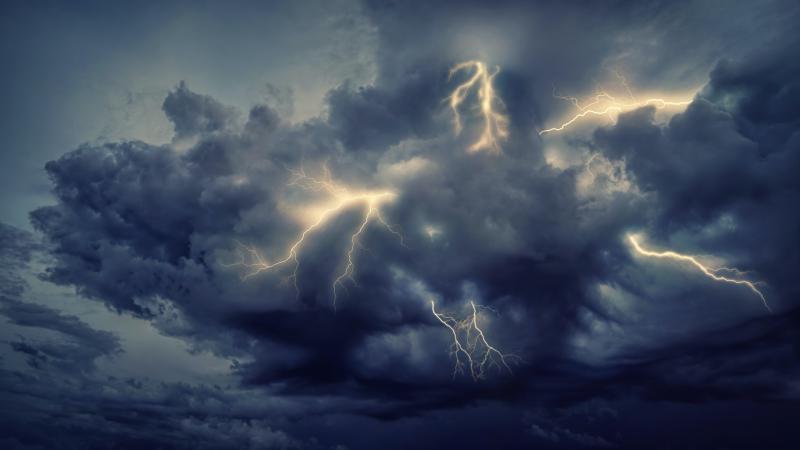 Similar to previous years, each weather service has contributed names suggested by members of the public

Met Éireann, along with the UK Met Office and KNMI in the Netherlands, have released the new list of storm names for the 2022-23 storm season.

Similar to previous years, each weather service has contributed names suggested by members of the public.

Since 2014 Met Éireann and the UK Met Office have been working together in a Storm Names partnership to help raise awareness of the potential impacts of severe weather and were joined by KMNI in 2019.

Storms are named when they could cause ‘medium’ or ‘high’ impacts in one of the partner countries and help provide consistent, authoritative messaging in times of severe weather.

The weather service that expects the severe weather to hit most names the storm, generally in conjunction with Orange/Red warnings. These warnings could be for wind, rain or snow or a combination of these. 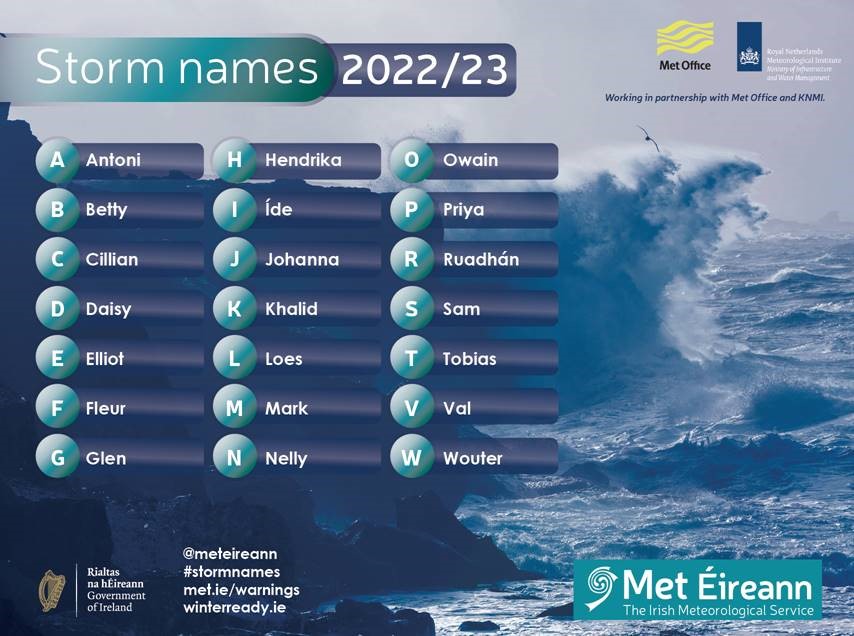 Other groups in Europe also name storms and the agreed practice is that when any national weather service names a weather system all other weather services keep that name.

When a storm is an ex-hurricane it retains the name given by the National Hurricane Center in Miami such as Ophelia (16th October, 2017).

She says: ‘The annual unveiling of the new storm names on the 1st September creates greater public awareness and, crucially,  during the winter when a storm is named for its potential Orange/Red impacts, it creates a more impactful public ‘call to action’ helping to save lives and property.

‘During past storms, the public have responded positively to the advice given by experts and this new list of names will help us to prepare society for extreme weather events which is all the more important in our changing climate’.

On MET Éireann’s App you can subscribe to receive push notifications for Met Éireann weather warnings for your chosen county up to three days ahead with Advisories issued up to seven days ahead.

The warnings page on MET Éireann’s website and app also displays weather warnings for Northern Ireland, whenever they are issued by the UK Met Office. This provides a clear, authoritative one-stop shop for easy and reliable access to the latest weather warnings for the Island of Ireland.