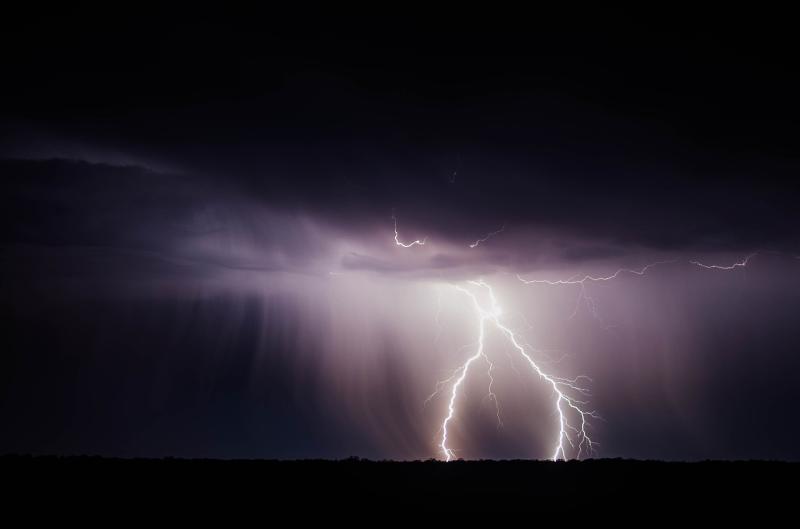 Met Eireann is forecasting a big change in the weather this week as the heatwave that has been bathing Ireland in glorious sunshine comes to a dramatic end.

Following the thunderstorm activity, the weather will turn cooler and cloudier this week with occasional showers or longer spells of rain.

The full weather forecast for Ireland for the week from Met Eireann is as follows:

Weather Forecast for Ireland for Monday

On Monday scattered showers and thunderstorms will continue to affect the southern half of the country mostly, becoming intense through the afternoon with the continued risk of flooding. It will be fresher, but drier further north with just isolated showers and intermittent sunny spells. Highest temperatures will return closer to average, ranging from 15 to 17 degrees in the north and northwest to between 17 and 23 degrees elsewhere. Light to moderate northerly winds will increase fresh to strong along Atlantic coasts.

Showers will gradually die out in the south to leave a mostly dry night with clear spells. Lowest temperatures of 10 to 15 degrees, remaining warmest near the east coast in a moderate northerly breeze, fresh at times near northward facing coasts.

Weather Forecast for Ireland for Tuesday

Cooler and cloudier with scattered light showers. Highest temperatures of 15 to 19 degrees, mildest in the south, in moderate to fresh northerly breezes.

Showers will die out early in the night, leaving a dry night with a mix of cloud and clear spells. Lowest temperatures of 8 to 13 degrees in moderate northerly breezes.

Weather Forecast for Ireland for Wednesday

A dry day with a mix of cloud and sunny spells in the morning and widespread hazy sunshine developing in the afternoon. Highest temperatures of 15 to 20 degrees, warmest along the south coast in mostly light northwesterly breezes.

Clear spells early in the night, cloud will increase from the west with rain spreading into Atlantic coastal counties towards morning. Lowest temperatures of 8 to 14 degrees, mildest in the west, as light westerly breezes back southerly through the night.

Weather Forecast for Ireland for Thursday

Met Eireann says that while confidence is still quite low towards next weekend, current indications suggest it will turn milder and more settled for a time.