WEATHER: Unsettled and wet conditions on the way for Easter weekend 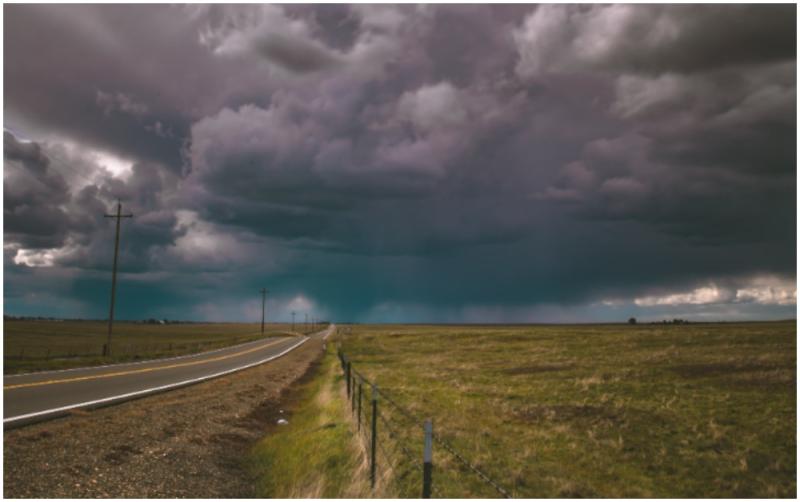 WEATHER: Unsettled and wet conditions on the way for Easter weekend

Looking unsettled for the Easter weekend with mild temperatures to start but turning cooler at the start of next week. Widespread heavy showers are expected with possible localised flooding in places.

Largely cloudy this morning with just a few bright spells. Locally misty too along with scattered outbreaks of rain. Whilst more sunny spells will gradually break through, scattered showers will follow, clearing northwards this evening. Mild and humid with highest temperatures of 13 to 17 degrees (warmest across Munster and Leinster) in a mostly light to moderate southwest breeze.

Tonight will be mostly dry but turning rather misty or foggy. Just some showers in the north to begin with some patchy rain moving into the south later. Lowest temperatures of 4 to 7 degrees, in light variable or southerly winds, freshening near western and southwestern coasts towards morning.

Any overnight mist or fog will clear early on Saturday to give a mostly dry start with some sunny spells, though patchy drizzle will affect southern counties. During the afternoon, outbreaks of rain will gradually move in across the western half of Ireland, heaviest closest to the Atlantic coast. Much of the east and northeast will likely stay dry though with sunny spells. Highest temperatures of 13 to 17 degrees in moderate to fresh southeasterly winds.

Further outbreaks of rain occurring after-dark with some possibly heavy and persistent falls, leading to localised flooding. A mild and humid night with mist and fog in parts. Lowest temperatures of 9 to 11 degrees in a light southeasterly breeze.

Largely cloudy this morning with scattered outbreaks of rain☁️️

Highs of 13 to 17 degrees in light to moderate southwest winds️ pic.twitter.com/n2ZXL8Yu0c

A wet start in many areas with widespread falls of rain early, followed in turn by heavy showers with the chance of hail. Highest temperatures of 12 to 15 degrees, but turning cooler as the rain clears. Breezy in moderate to fresh southwesterly winds.

Becoming largely dry with clear spells, though scattered showers will feed into western coastal areas. A cold night with lowest temperatures of 1 to 4 degrees in light southwest breezes.

Feeling cooler with a mix of sunny spells and blustery showers, some possibly heavy with hail across the north. Highest temperatures of just 9 to 12 degrees in moderate to fresh westerly winds.