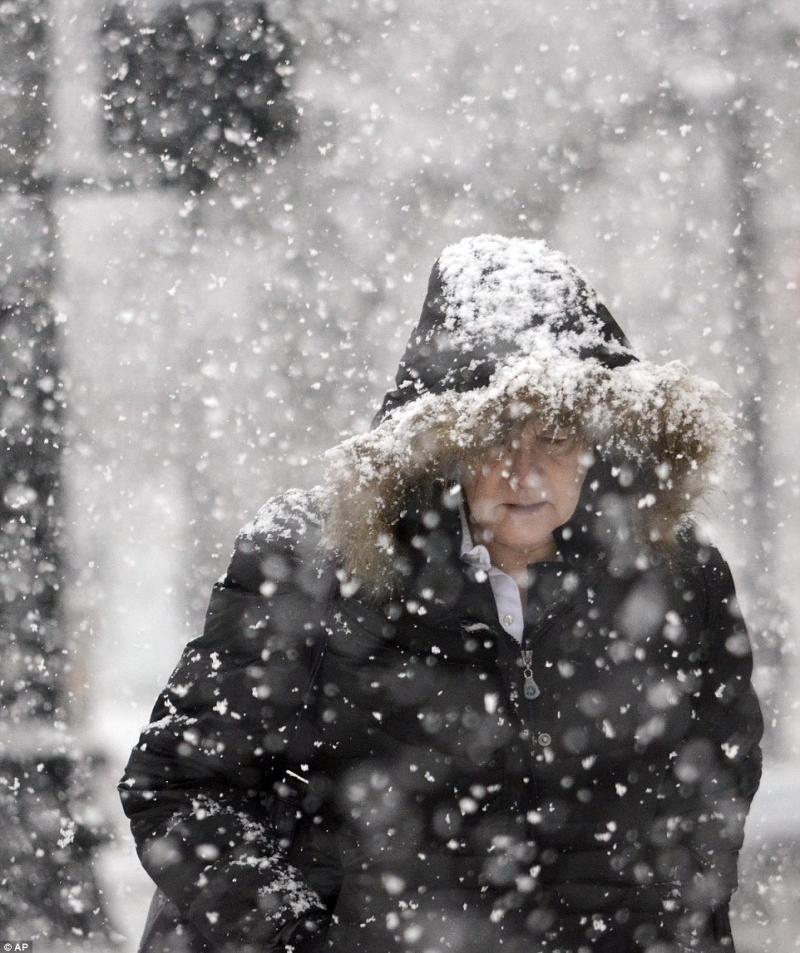 Met Éireann is forecasting sleet and snow this week in the wake of Storm Franklin.

The third named storm of the week battered Ireland on Sunday and Monday with strong winds and heavy rain hitting most areas.

The last remaining wind warnings in the country, for Wicklow and Wexford, expire at 12pm on Monday but we are far from in the clear on the weather front. There is a chance of sleet or snow across the country right through until the weekend during "colder interludes," according to Met Éireann.

In its forecast for Monday night, Met Éireann said: "Mostly cloudy tonight with patchy rain and drizzle spreading from the west ahead of a band of heavier and more persistent rain that will arrive later in the night. Turning windy again overnight as southwest winds increase fresh to strong and gusty ahead of that band of rain, before veering northwesterly. A generally mild night with lowest temperatures of 4 to 8 degrees occurring towards morning."

See the rest of their forecast for the week below:

A wet start in the east on Tuesday but rain will quickly clear eastwards, followed by sunny spells and scattered showers with the chance of sleet on high ground in the northwest. Blustery, in fresh to strong and gusty west to northwest winds, easing off in the evening. Highest afternoon temperatures of 5 to 9 degrees.

Becoming mostly dry with long clear spells early on Tuesday night, though cloud will increases as the night goes on with patchy outbreaks of rain developing in the west late in the night. Lowest temperatures of 0 to 5 degrees, with a touch of frost possible in the east early, but temperature will increase after midnight as southwest winds increase moderate to fresh and gusty.

Sunny spells and scattered showers on Wednesday morning but more persistent rain will spread from the Atlantic through the afternoon and evening. Another blustery day with fresh to strong and gusty southwest winds. Highest afternoon temperatures of 6 to 11 degrees, coolest in then north west and becoming cooler across the country through the afternoon.

It will turn much colder early on Wednesday night as rain clears to the east. Showers will follow behind, falling as sleet and snow in places as well as the chance of some isolated thunderstorms and some hail with lowest temperatures of -2 to +1 degrees allowing some frost and icy stretches to develop in mostly moderate southwest winds.

A chilly day with sunny spells and scattered blustery showers, some falling as hail, sleet and snow on higher ground. Highest temperatures of 3 to 7 degrees, coolest in the north but feeling even colder in fresh to strong and gusty westerly winds.

Wintry showers will mostly become confined to northwest coasts overnight with good dry clear spells developing. Lows will fall to 0 to 4 degrees, coolest towards morning with a touch of frost possible as west to northwest winds ease light to moderate.

Mostly dry with good sunny spells in the morning but cloud and some isolated patchy drizzle will spread from the west through the afternoon. Highs of 7 to 10 in light to moderate southwest winds.

Mild over the weekend, cloudy with outbreaks of rain on Saturday, drier with sunny spells on Sunday.