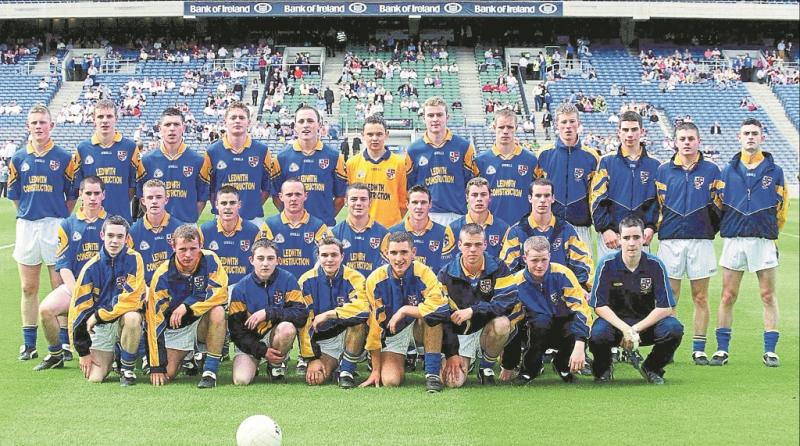 The Longford minor football squad pictured before the Leinster Final against Meath at Croke Park back in July 2002.

In a glorious day for Longford football the magnificent minors won the Leinster Championship title, much to the sheer delight of the 4,000 plus supporters who were in Croke Park to watch the county U-18s score a superb three-point win (3-8 to 3-5) over the pre-match favourites Meath.

It was Longford’s first provincial triumph since the historic senior success back in 1968 and it was 64 years back to the last time the county captured the Leinster minor crown.

Many tears of joy were shed in the aftermath of the memorable victory, which was the curtain-raiser to the senior football final that saw Dublin beat Kildare in front of a then record 78,000 attendance at the new-look super stadium.

While the Mostrim maestro Michael Hussey was the matchwinner with the tremendous tally of two goals and three points to his credit, there were other excellent performances from Declan Reilly, team captain Enda Williams and Declan Farrell, who scored 1-2.

Six points clear (3-6 to 2-3) midway through the second half, Longford had to withstand a very determined comeback by the never-say-die Meath side who narrowed the gap to the minimum of margins with seven minutes of normal time remaining.

However, Jimmy Gacquin’s charges replied with points from Williams and Hussey to clinch the Leinster minor title in one of the most memorable Longford sporting moments.