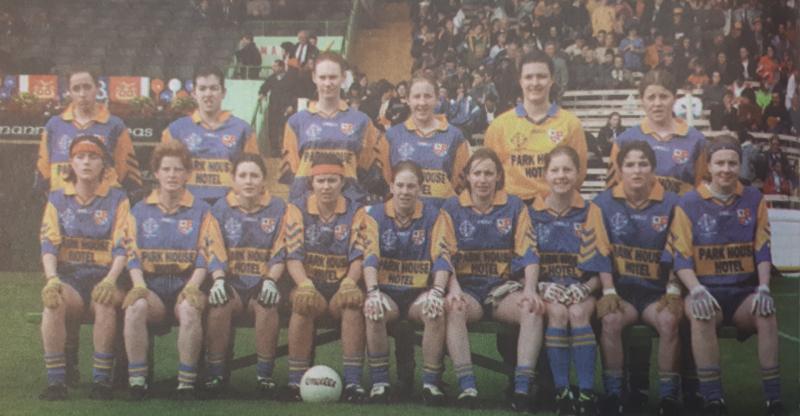 The Longford Ladies Junior football team who beat Tyrone in the 1997 All-Ireland Final at Croke Park.

So unlucky to lose against Clare in the final the previous year, the Longford ladies came back to Croke Park with a vengeance and made no mistake at the second attempt in winning the much coveted All-Ireland Junior Football Championship title at the expense of a strong Tyrone outfit in a thrilling game (2-12 to 1-11).

The Ulster champions were unable to match the fierce determination of a highly committed Longford team (managed by Ballymore clubman Martin Reilly) who simply would not hear of defeat.

While it took two gift goals - the first scored by Mary Burke just before the break and the other coming from her Clonguish colleague Una Flynn just 20 seconds into the second half - to set the girls in ‘blue and gold’ on the path to glory they were worthy winners of a terrific contest. 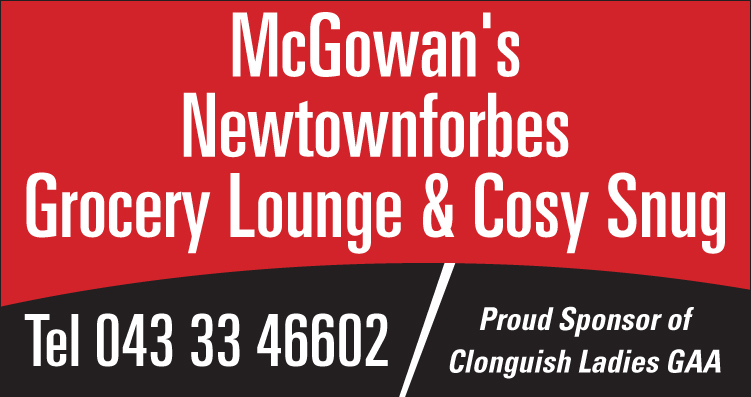 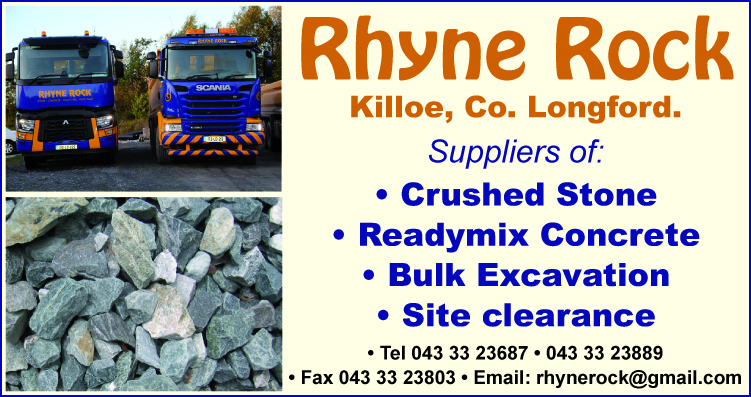 Dara was forced to leave the field on a stretcher with five minutes remaining but the Drumlish girl quickly recovered from her mild state of concussion to collect the trophy.

Right from the word go, the brilliant Fiona Blessington was forever in the thick of the action and for her outstanding overall display the 16-year-old Ballymore girl, scorer of four points from play, received the AIB sponsored ‘Player of the Match’ award which was richly deserved.