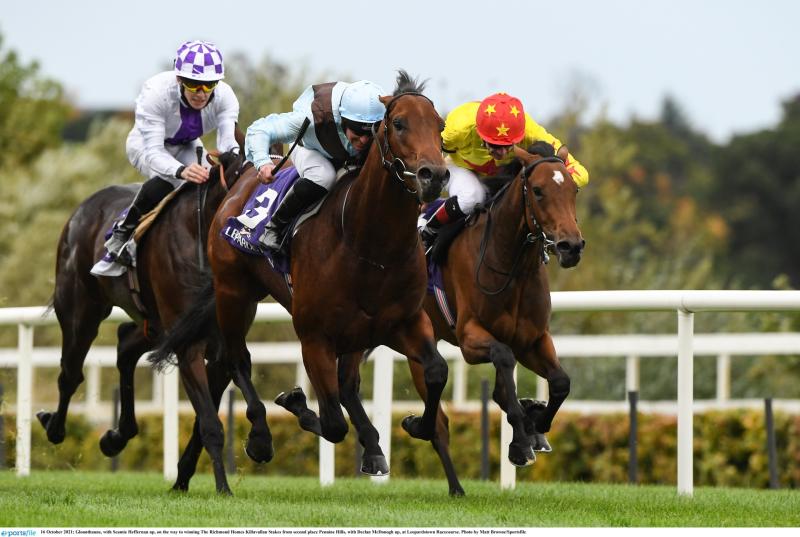 The pick of the Irish action on Thursday takes place at Tipperary with a competitive eight-race card at the track. The action gets underway at 3.55pm and concludes at 7.30pm.

The going at Tipperary is heavy and the forecast is for a cloudy evening. We have previewed the pick of the action with our in-depth look at the meeting. You can find the latest odds at Irishracing.com.

The first event of the evening, the 3.55pm is an interesting event worth €22,000 over five furlongs. The contest sees 750,000gns purchase The Antarctic make his debut for Aidan O’Brien. The two-year-old is a brother to the brilliant multiple Group One winner Battaash and he looks the leading name in this event. Ryan Moore also comes over to take the ride and he, therefore, has to be deeply respected in this event. Treasure Trove is another interesting newcomer being by Siyouni and is also respected.

The five-furlong maiden at 4.25pm is another competitive contest. New York Dreams went into many people’s notebooks when a fine second over six furlongs at the Curragh earlier this month and is deeply respected now dropping back to the minimum trip. She is taken to fight out the finish with Lady Kabeir who shaped with tons of promise when third on debut at Navan over this trip in March. The daughter of El Kabeir should step up markedly for that effort first time out and she should go close in this event.

The Tipperary Town Maiden at 5.30pm looks another interesting event. Aidan O’Brien has three runners in the race, headed by Dalmatian Coast who is the sixth foal out of Keenes Royale with siblings including Group scorer Ivawood. The son of Galileo was fifth on debut at the Curragh and is respected along with stable companions Sundial who was eighth on debut at Tipperary and newcomer Olympic Flame who is a son of Camelot and looks an interesting runner. Others to note in the race include Hymn Book Too who has been highly-tried and finished third at Leopardstown in April.

Elsewhere on the card, the 7.30pm is an interesting event over seven furlongs in which Irish Lincoln winner Raadboarg is the headline act. He impressed when scoring by two lengths at the Curragh in March on debut for Johnny Murtagh and he is taken to go close along with stable companion Baradar who contested Stakes events on his final two runs for Roger Varian. Lust was successful at Gowran Park in October and shaped with promise when third at Naas in March, whilst course and distance scorer Real Force is another to note in the finale.