Blackmore savours every bit of another magic moment with Honeysuckle 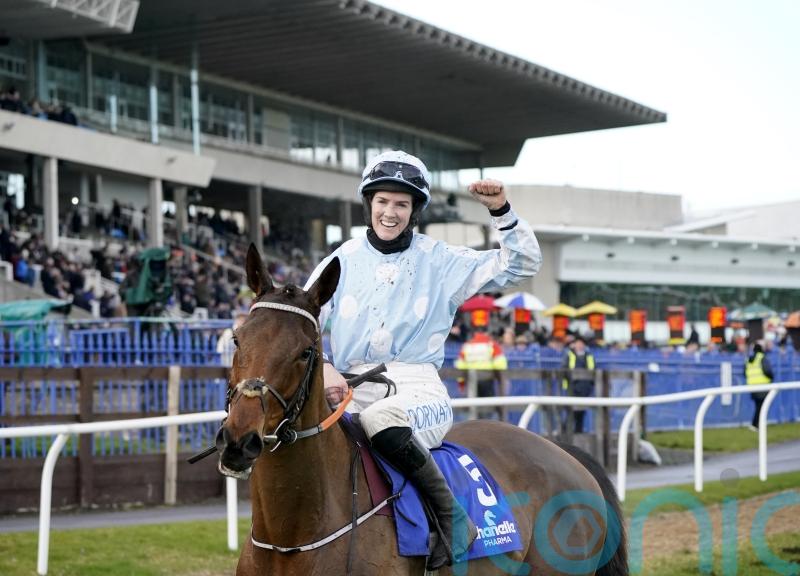 Honeysuckle stirred the emotions of both the Leopardstown crowd and jockey Rachael Blackmore with her emphatic success in the Chanelle Pharma Irish Champion Hurdle.

Winning is nothing new for Honeysuckle and Blackmore – who were merely extending their unbeaten run together to 14 – but the record-breaking rider admitted completing an Irish Champion hat-trick in front of packed stands added an extra edge to what was already a landmark day.

Full crowds have been far from the norm since Honeysuckle got the better of Benie Des Deux in an epic battle for the Mares’ Hurdle at the 2020 Cheltenham Festival, with the Covid-19 pandemic really kicking in just days later and ensuring her Champion Hurdle coronation back at Prestbury Park last year was behind closed doors.

Blackmore’s own exceptional 2021 was always witnessed by just a handful of fortunate folk, with her Cheltenham top jockey title and historic Grand National win aboard Minella Times also passing without the rapturous receptions they so deserved.

Spectators were out in force to see the queens of National Hunt racing on Sunday though, and the duo was cheered to the start and cheered all the way home as they put their rivals to the sword with the minimum of fuss.

The mare returned to the winner’s enclosure with a raucous welcome befitting of her superstar status, with racegoers crammed against the rails to hail Irish racing’s equine queen.

Blackmore herself was left marvelling at her good fortune to be part of Team Honeysuckle along with trainer Henry De Bromhead and owner Kenny Alexander.

“We’re all so lucky to be involved with her. Me to be riding her, Henry to be training her and Kenny to be owning her.

“I’ve never got a reception like that cantering to the start. It was incredible and I really got chills through my veins listening to everyone as we went down.

“It’s fantastic to be a part of it all and she’s just an unbelievable mare.” 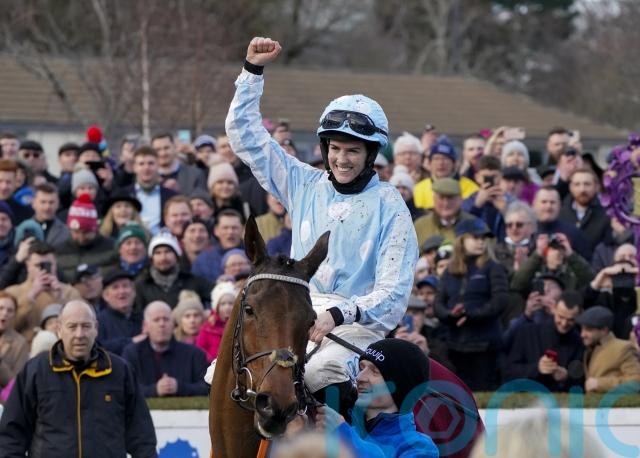 Blackmore could have been forgiven for feeling the pressure ahead of the race, with Honeysuckle’s unbeaten record on the line every time she steps foot on the track.

However, Alexander urged her to savour the occasion – and that is exactly what the rider did.

She added: “Kenny texted me last night and said that she owes us nothing, just go out and enjoy it. It’s lovely to be riding for those kind of people as well.

“I am a bit emotional. The crowds are what make it special and that cheer going down to the start, where would you get it?!”