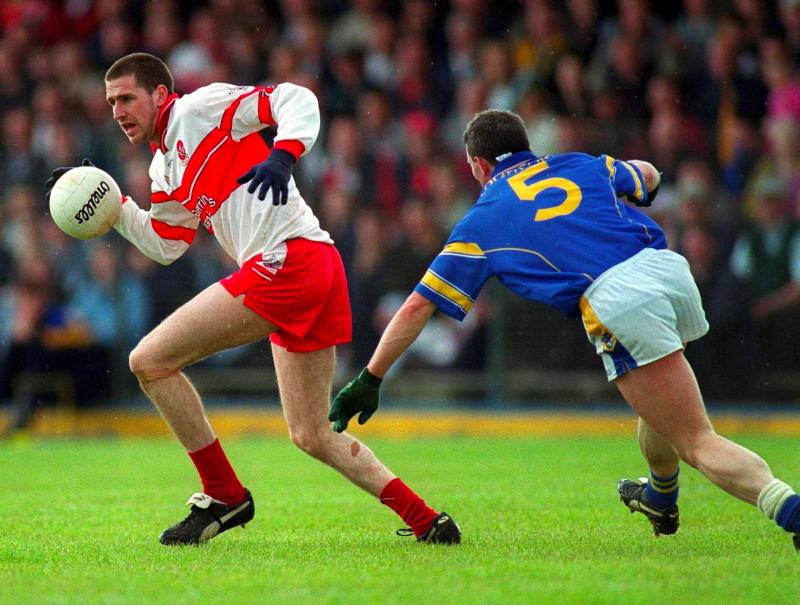 Derry will get their season off the ground on Sunday at Pearse Park, but they have always found Longford a tough nut to crack in the past.

Of the eight meetings since the turn of the millennium, Derry have only won three of them, including last year's clash under Rory Gallagher.

2002 Qualifiers R2
Derry 2-13 Longford 0-9
It took Derry a while to get going, but a devastating 20 minutes of football demolished the home side at Pearse Park.

Derry were fortunate to be just three points down at the break (0-8 to 1-2) , with the move of Enda Muldoon to midfield before half time turning the game.

Current Longford manager Padraic Davis and Gavin Diamond were on song for their teams, but it was Tohill's second goal that rounded off a convincing Derry win.

2003 NFL Division 2
Longford 1-12 Derry 0-10
This round seven game in Ballymahon decided promotion from Division 2B.

Jamsie Martin hit 1-5 from play in the first half, as the home side shot into a 1-7 to 0-4 interval lead, but they had to thank goalkeeper Gavin Tonra for his two point blank saves to deny Paddy Bradley.

When Paul Barden floated over Longford's final point of the game, they were well in control, despite Derry hitting the last three points.

2006 Qualifiers R3
Longford 1-16 Derry 2-12
A 2-7 tally from Paddy Bradley wasn't enough to stop Longford knocking Derry out of the championship at Pearse Park.

Trevor Smullen netted for Longford as Derry led 2-6 to 1-8 at the break.

The game was still in its first minute when Bradley took advantage of a defensive mistake to fire the ball into the net.

In injury-time Bradley netted from the penalty spot after he was fouled.

The gap increased to three early in the second half before Longford hit four points without reply.

But Longford fought back and edged ahead after three unanswered points only for Paddy Bradley to equalise.

Paul Barden had the final say as he sent over a free from 45 metres in the last minute to send Derry crashing out. 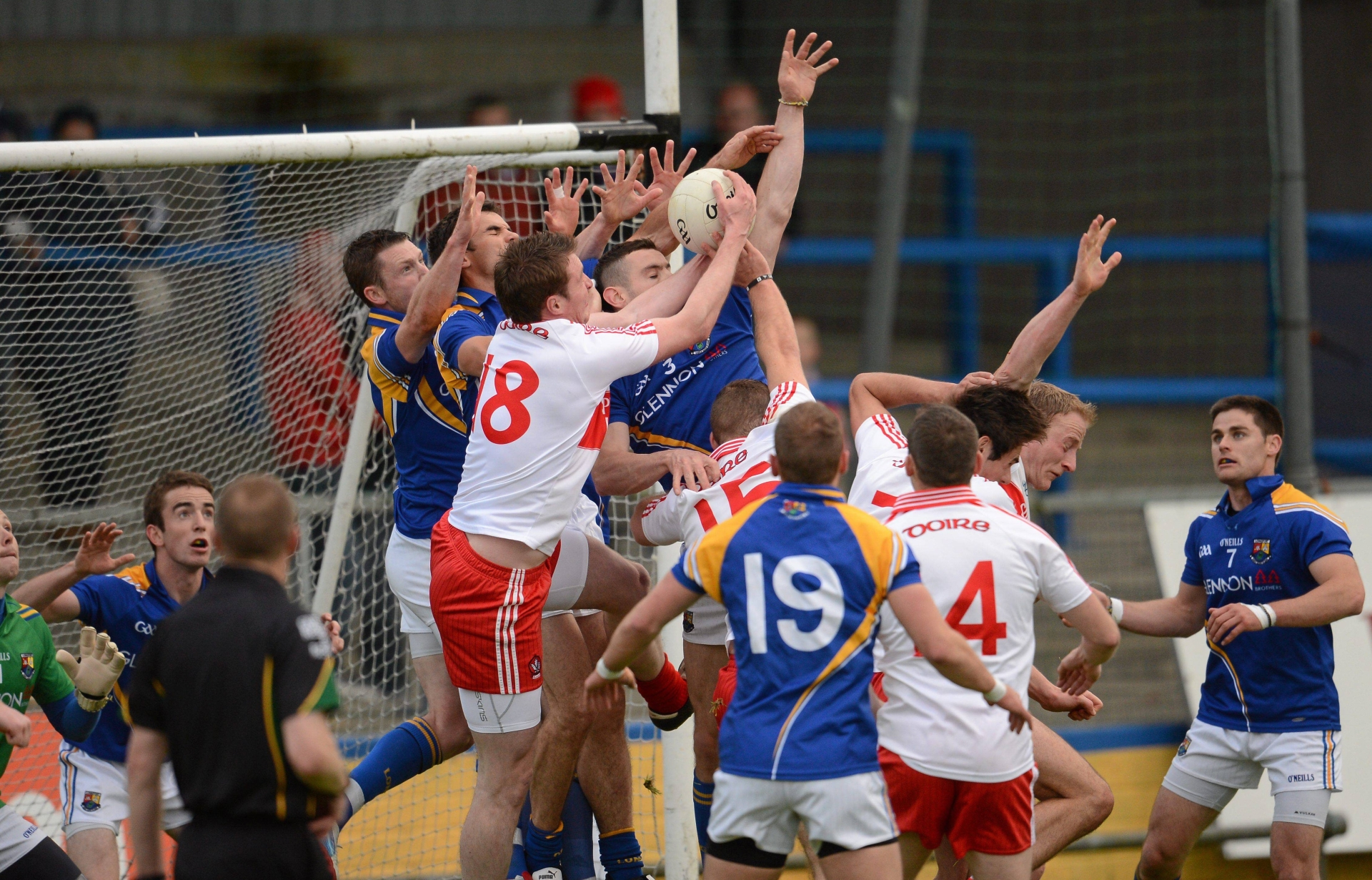 There was controversy too. Derry's Barry McGoldrick, who had marauded forward from corner-back to grab two goals, picked up a second yellow card after a melee in the Longford goalmouth in the 10th minute of injury time.

Longford had led by three at the break, 0-8 to 0-5, thanks largely to the accuracy from frees of Sean McCormack.

Paddy Bradley showed all his class too in the opening phase of the game and was at the heart of anything productive from Derry.

McGoldrick's first goal levelled the match, finishing coolly, after being set up by Paddy Bradley. His second goal put Derry in the driving seat, despite not playing well. Again McCormack got Longford level and then the home side went in front and on their way to victory.

They led by 0-5 to 0-2 after a lacklustre first half, the best moments being two James Kielt scores.

The gap was narrower still by almost the midway point of the second half, when Glenn Ryan's side pulled themselves back to within two at 0-6 to 0-4.

But with their counter-attacking game taking its toll on the Longford legs, Derry started to find space up front and ran out easy winners.

2014 Qualifiers R1
Longford 2-16 Derry 2-14
Longford sent Derry crashing out of the championship with a thoroughly deserved victory at Celtic Park.

Derry fought back from five points down to draw level with seven minutes remaining after goals from Benny Heron and Mark Lynch.

Longford responded immediately with a superb dummy and finish to the net from substitute Mark Hughes, whose 64th minute goal was the decisive score in an entertaining game.

Jack Sheedy's side were relegated to division four this spring, but they were comfortable against a Derry side who contested the division one final earlier in the season.

2018 NFL Division 3
Longford 1-13 Derry 1-6
Longford’s great record over Derry continued at Pearse Park. The mid-landers were just behind once in this game when Enda Lynn opened the scoring in the early seconds, but Longford responded with four points in succession.

Derry got a foothold in the game in the 32nd minute with a goal from Lynn.

James Kielt cut the gap to just one in the 36th minute but that was as close as they would come. In the 40th minute Michael Quinn weaved his way into the area before finding the back of the net.

Points from Ciaran McFaul, Cassidy and two from Shane McGuigan had Derry in a comfortable position after 14 minutes.

Longford had the margin back to two points (0-5 to 0-3), before Derry kicked on again.

Before the break Padraig Cassidy began the move for the first goal with a run and then Kearney got the ball, he buried low to the bottom corner of the net, for a 1-7 to 0-4 interval lead.

Derry were 1-10 to 0-9 ahead at the three quarter mark and Paul Cassidy goaled on his debut after Niall Loughlin's point attempt came down off the post.

Darragh Doherty and Brady hit points for the visitors, but it was Derry who ended strongly.