League of Ireland launches Head in the Game initiative 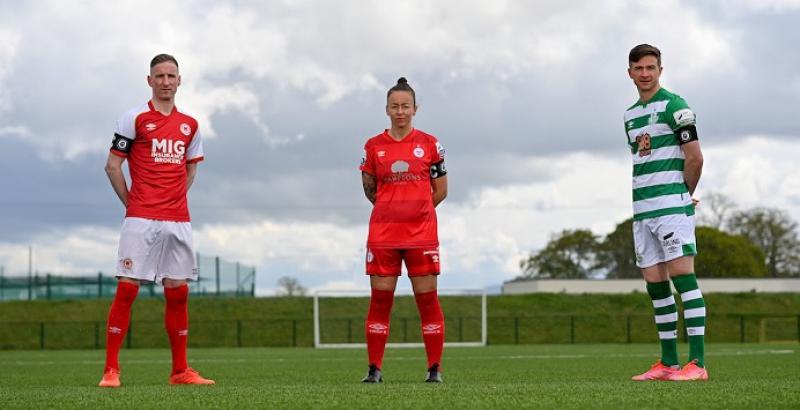 League of Ireland captains will wear the Head In The Game armband during the month of May to raise awareness of mental health.

Each captain from the SSE Airtricity Premier & First Division, and Women's National League will wear the armband in each match during May which is observed as mental health awareness month.

Head In The Game is a supporter led mental health campaign aimed at helping members of the Irish football community. The movement was established in September 2020 following the tragic passing of Dundalk FC videographer Harry Taaffe by six Dundalk FC supporters determined to create a discussion and break down the stigma of mental illness.

Head In The Game officially launched with the social media video and original poem “The Floodlights” to highlight the importance of a specific mental health campaign in football.

The campaign aims to provoke a discussion about mental health and well-being to create awareness about mental illness. Head In The Game is partnered with two mental health charities, Jigsaw and Shine, to help signpost people towards professional services.

Speaking today, Head In The Game Chairperson Dean Arrowsmith said: "We’re ecstatic about this initiative in conjunction with the FAI, and I want to thank them on behalf of the group for their support in getting this off the ground, they’ve been great.

"May is mental health month and we really hope this is a conversation starter amongst players, coaches, staff and fans. If it helps one person then it’ll have been worth it.

“Thanks to the clubs, captains and the FAI for really getting behind it. Our charity partners Jigsaw and Shine also want us to pass on their thanks."

You can make contact with Jigsaw or Shine when you visit www.jigsaw.ie or www.shine.ie.

Calls have been made for Revenue officials to carry out a "root and branch" investigation in a bid to determine how yesterday's controversial Longford wedding party was organised and paid for.

Lanesboro lady to refocus on her art with PLATFORM 31 Bursary