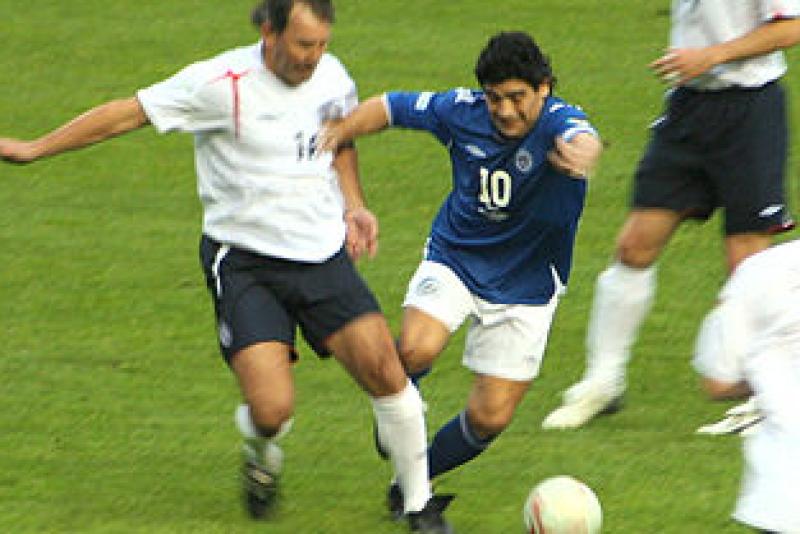 One of the best players to ever play soccer, Maradona captained the Argentine team that won the 1986 World Cup in Mexico.

He is remembered for Goal of the Century in the game against England in 1986 when he also scored goal dubbed the 'Hand of God'.

He also became an icon in club football, most famously at Napoli in Italy.

His life has been dogged by person and health and drug addiction problems. He had recently been hospitalised and reportedly died of a cardiac arrest.

He ranks with the likes of Pele, George Best, Lionel Messi and Ronaldo as among the best players ever to play the game.

“It is with sadness that I and supporters of football everywhere will have learned of the death of Diego Maradona, arguably and widely regarded as the World’s greatest football player of all time.

"Football fans around the world will remember Maradona not only for his phenomenal talent for ball control, passing and dribbling, but for the vision of him on the field and the joy he brought to so many.  He was an inspiration for many a young child playing football.

"His winning of the accolade ‘FIFA Player of the Century’ in 1999 - an award he shared with Pelé - is testimony to the high regard he was, and will continue to be, held in by football fans for many years to come.

"While he will be sadly missed by his family and friends at Boca Juniors, his loss will also be felt by millions of soccer fans in Argentina and across the world.”