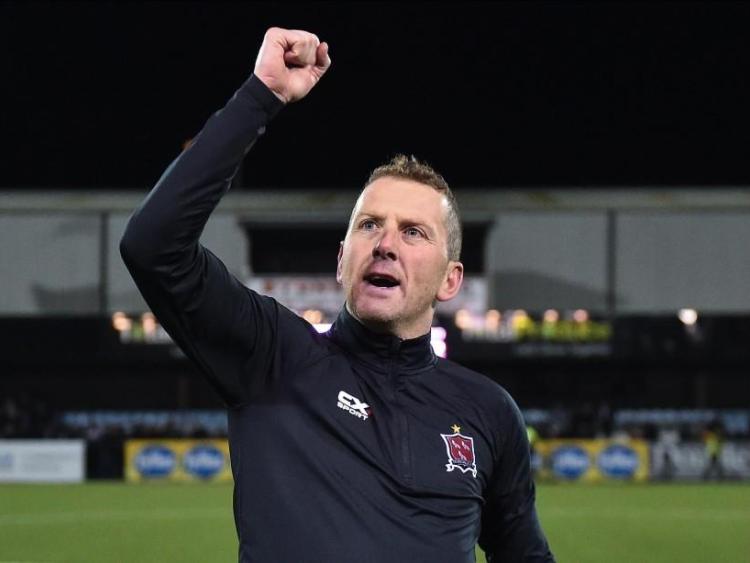 Dundalk FC will have to begin the search for a new manager following reports that Vinny Perth has left the role this evening.

The news comes after the Lilywhites crashed out of the Champions League following a 3-0 defeat again NK Celje last night.

Appointed to replace Stephen Kenny before the 2019 season, the SSE Airtricity League title was among five trophies that Perth brought to the club during his first season in charge.

However, The Lilywhites have struggled for form this term and, with just ten matches remaining, find themselves eight points behind current league leaders Shamrock Rovers.

Perth’s fate was effectively sealed on Wednesday night following what was a dismal 3-0 thrashing at the hands of NK Celje in the Champions League’s first qualifying round.

It has been reported that Mark Burton, who is a full-time coach with Manchester City, will take charge of first-team affairs for at least the interim period.

It is not yet known if first-team coach John Gill will follow Perth out of the Oriel Park doors, but current assistant Alan Reynolds is expected to remain at the club.

Dundalk FC have tonight confirmed the departure of Vinny Perth via a statement:

"The board of Dundalk Football Club can confirm that manager Vinny Perth has left the club with immediate effect.

"We would like to thank Vinny for the hard work he has put in over the past seven-and-a-half years at Oriel Park.

"The success that he helped bring to the club as assistant manager and, subsequently, as head coach and manager, will never be forgotten and we wish him well for the future.