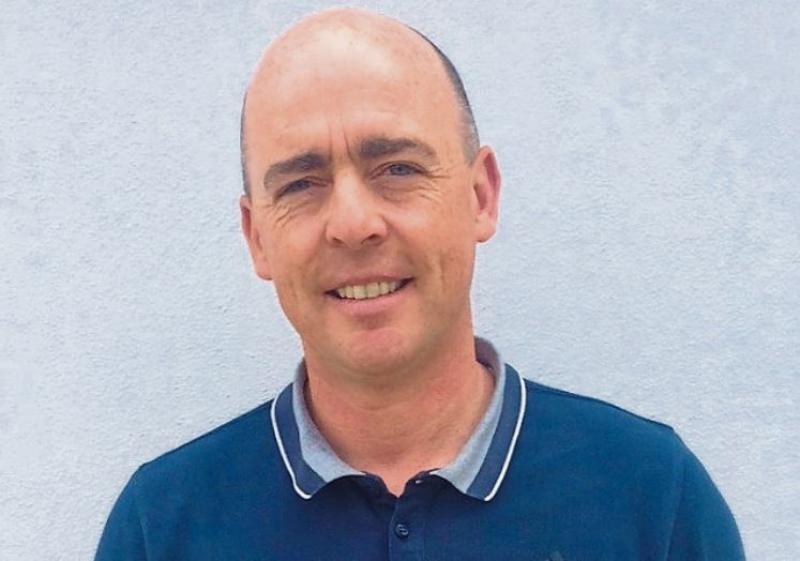 Padraic Davis is an easy man to admire.

An obsessive about the game of Gaelic football, just a while ago most people in Longford were celebrating his appointment as county manager.

Certainly anyone who’d really watched him on the first day Fr Manning Gaels won the county championship, in 1996, knew that he was special.

Davis had a stellar career as a footballer, remaining a fixture on the county team for twelve years, during which time he had a big say in the Gaels winning four county championships, until he decided to call time on the constant relentless occupation that Gaelic games has become.

Frank McNamee, who was captain and centre back on that great Drumlish team, summed Davis up succinctly:

“Podgie was a wonderful footballer. He was that exceptionally gifted forward, the type that gives teams an edge and he played a major part in our successful club campaigns of the nineties.”
High praise, from a great player and honest purist of the game.

Padraic had an interesting career and researching what he achieved took quite a bit of time. A significant list.

He won a Leinster Colleges’ medal with St Mel’s College in 1994 before they bowed out at the penultimate hurdle to a star studded St Jarlath’s of Tuam, who boasted future Galway All-Ireland medal winners Padraic Joyce, Michael Donnellan, the Meehans, & John Divilly in their ranks.

I recently interviewed Padraic and he had plenty of interesting things to say.

MF: What were your first thoughts on hearing the reality of how the coronavirus outbreak would impact?

PD: I suppose, initially it began to gather momentum just the week of the Derry match. We were still taking it very lightly in many ways. We were in Abbotstown that Wednesday night March 11. I remember at the time there was stuff about Cheltenham; if that really got out of hand it could impact. Slashers grounds was scheduled for Saturday and suddenly all GAA activity was cancelled!

One lad said this is a disaster we could be held up for four/five weeks. That was probably the reality then. After St Patrick’s day people began to realise that this was much more serious, so serious that it might overwhelm the HSE.

MF: Do you feel now, today, sitting here, that any football will take place this year?

PD: I do, we are at June 5 now and I think in the last week in particular it’s become very strong on the club scene. I think by this evening there will be a GAA roadmap, that what they’re expecting at 5pm and it now looks like there will be GAA activity subject to no further spikes or a second surge or a third surge or whatever it may be. I think we’re getting slightly ahead of ourselves if we go back.Three weeks ago we were talking about no games at all this year, now we have a little bit of good news, suddenly we’re all on the bus ready to go again. I have a little fear that when we open up international travel, that’s when the real measures have to be taken. Government has conducted themselves reasonably well to be fair, but I think it’s now slightly too fast.

Clubs are now going back training in tens, which will be twenties, let’s face up to it, and they’re talking about that happening this month! So it’s moving too fast, I think it’s too fast.

MF: How do you react if anyone says that professionalism of the GAA is inevitable, and sooner rather than later?

PD: Just last week I pulled in at Carrick-on-Shannon for a coffee along with my two daughters, who are thirteen and fourteen, at Esquires, and I looked over and said I think that’s Jonny Cooper who plays for Dublin. He was wearing a baseball cap with the peak turned backwards. Drinking a cup of coffee, on his own. The girls were wondering what he was driving, and he left and got into his brand new jeep, and on it is “in partnership with Dublin GAA” on the driver and passenger doors.

There you go. It’s one single image of a five or six time All Ireland winner, one of the players of the county with the greatest population, the county currently the most successful ever. That’s just one tiny little nugget of something that occurred while he was going about his day to day business. You can add in another hundred on top of that.

My daughters asked ‘Daddy in county’s like Longford, do you think the managers should have a car?’
(Smiling) I responded by saying that I think if Jonny Cooper has a car, then Barry O’Farrell from Carrickedmond should have it, if that’s the route that we’re going. But it shouldn’t be gauged on success, that’s life and that’s the way it is. We have to accept that in our county we’re so far away from the manager, or the captain, or the county chairman in Longford having a sponsored car, yet everyone in the Dublin scene has their own sponsors.