It’s ‘D’Unbelievable the lengths some coaches will go to 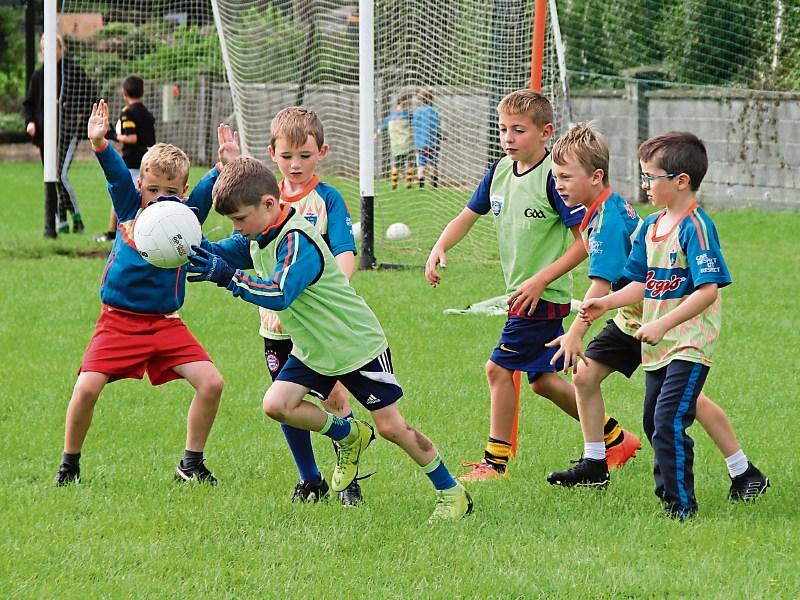 Children should be encouraged to play

Most readers will, I’m sure, be familiar with D’Unbelievables famous hurling coach sketch. In it a coach is riling up a squad in a changing room as they prepare for a county final.

From memory of repeated listenings many moons ago (if only I could recall Yeats’ poetry as easily) it finishes up something thus:

‘Don’t be afraid to break hurleys lads, there’s plenty of them on the sideline. Let every challenge be a funeral. I don’t want ye coming back in here with mud on your jerseys, I want to see blood on your jerseys. And lads, lads, go out there and enjoy yourselves lads, because you’ll know all about it when you turn U14 next year.’

We laughed our asses of when we first encountered it because we all knew someone that it reminded us of. Jon Kenny and Pat Shortt used satire in the best possible way. There was a great deal of love and humour in much of what they produced, but also a great deal of truth. We hadn’t encountered the likes of it since Spitting Image blessed our screens – educating a generation of young Irish on the characters that dominated British politics.

An open letter from a young GAA player to the Limerick Leader last week caused considerable discussion and debate and immediately reminded me of D’Unbelievables’ sketch.

In it a 14-year-old hurler outlines his negative experience of our beautiful game due to the overly competitive nature of the coaches to which he was exposed. He, like too many youngsters, spent his juvenile playing days attached firmly to the bench. He trained and trained and resisted the urge to quit, but to no avail.

He was continuously overlooked in favour of the better players and, he claimed, those related to the coaches in question. He watched younger lads who were also playing on teams below him get game time because they were more talented. He listened to the coaches abuse the players when they didn’t play to the standard they wanted. He lost confidence in himself and lost the love of the game. He eventually quit.

Every adult that puts up their hand and says ‘I am willing to give up my free time to coach young players’ should be applauded, encouraged and supported. Then they should be trained and coached in how best to do so. And they shouldn’t be allowed to work with a team unless they commit to this.

I’m sure all volunteer coaches get involved with the best of intentions. But there are dynamics involved in sport and nuances in child development that must be understood if every child involved is to take home an overall positive experience.

According to the research, their main motivations are to play, have fun, make and meet friends. Winning is down the list. A win at all costs attitude is at the root of much ill in juvenile coaching. ‘Sure what harm will a bit of tough love and competition do them?’ many people will ask. Some highly competitive children may thrive in such an environment, for a while.

But for how long? You can never guarantee a child they will win a game (nor an adult for that matter) so if they lose then what are they to take from the experience if that is their only goal?

One of the biggest reasons for children abandoning team sports is not getting game time. It’s a good life skill to learn that you won't always be selected but it’s an essential life skill to understand that effort is more important than innate talent and that repeated effort will bring rewards, even if only intrinsic in nature.

Sitting on a bench embeds a fixed mindset that says: ‘I’m not good enough and there's nothing I can do to change that as I’ve tried as hard as I can and the coach still thinks I’m no good’. Rewarding effort promotes a growth mindset, as Carol Dweck’s fascinating research has highlighted.

A coach (or parent/teacher etc.) that supports a growth mindset will help foster in their young athletes the following attitude: ‘I'm not as naturally talented as x, y or z, but if I continue to train hard I can overcome that challenge and if I am rewarded with an opportunity to play I intend showing what I can contribute.’

Most player pathways now recommend delaying introduction to the 'playing to win' stage. This allows young players spend more time in the 'learning to play' stage, where freedom to fail is essential for mastery and skill development.

Competition is innate and young players will strive to win without us forcing them. There is also much greater appreciation now that not all players develop at the same age and stages therefore the above model reduced the risk of losing the late developer.

There are many reasons why team sports lose so many youngsters during their developmental teenage years. Not getting to play and a ‘win at all costs’ attitude of coaches or culture within a club are major contributing factors. That is a dangerous road to go down.

There is a right time to introduce competition into a young athlete’s life. And there is resilience to be built on the back of not (yet) achieving the goals one has set for oneself. But even then, how a coach frames success is important.

The renowned Austrian neurologist and psychiatrist (and Holocaust survivor) Victor E. Frankl, is best known for his seminal book ‘Man’s Search for Meaning’. He explained it thus:

‘Don’t aim at success. The more you aim at it and make it a target, the more you are going to miss it. For success, like happiness, cannot be pursued; it must ensue, and it only does so as the unintended side-effect of one’s personal dedication to a course greater than oneself.’