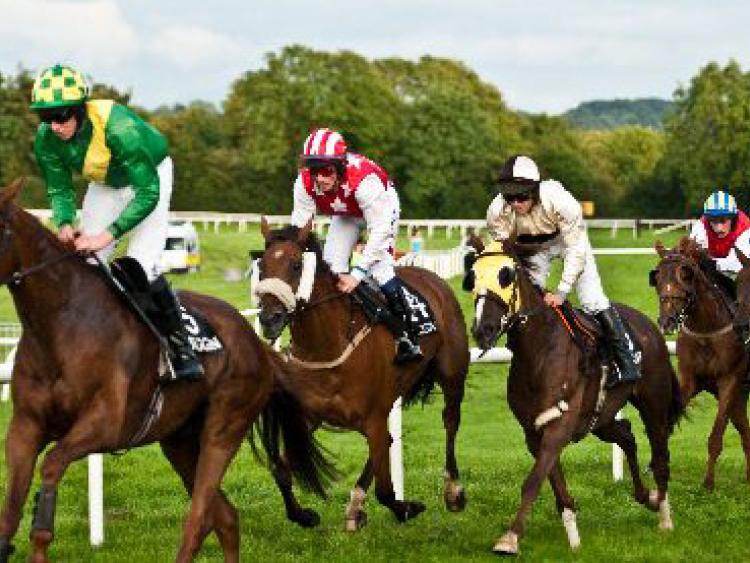 Kilbeggan Races celebrates another outstanding year of racing at its final race meeting next Friday September 6, starting at 4.15pm.

I remember a quote “We know that in September, we will wander through the warm winds of summer’s wreckage”. This year, Kilbeggan had plenty of rain before the last meeting but remarkably, it still rose above all that to present a series of great atmospheric and fun filled days of racing for all ages.

Paddy Dunican, Manager stated that “2019 has been a brilliant and historic year for us at Kilbeggan, we have had huge crowds attending our race meetings, with all of Ireland’s top National Hunt Trainers winning races here at Kilbeggan, providing very competitive and exciting racing for our race goers.

“We experienced a huge increase in sponsorship from business with the most significant been the new sponsorship of our AXA Farm Insurance Midlands National with the Prize Money doubling to €100,000.”

The newly sponsored Kilsaran Handicap Chase of €20,000 over 3miles 1 furlong should be a thriller

The Devitt’s and Doheny & Nesbitt Handicap Hurdle generously sponsored by Tom and Paul Mangan of the Mangan Group Dublin.

The Pat Doyle Memorial hurdle will also be on the card.

The first five favourites won at the last meeting to put punters in good form. Three members of the Mullin’s family won three of the first four races Tom the first race with Tara Dylan, Willie the second with Little Nugget and Tony the fourth race with Josephine. J.P.McManus had a double with Joseph O’Brien’s Top Moon and Henry De Bromhead’s Riviera Sun.

Owner /Trainer F.G.Hand caused a surprise in the bumper beating Willie Mullins with Mister Melia (12/1) only his second runner in about four years.

This year is the 25th anniversary of Michael Hourigan piping the all-conquering Aidan O’Brien in September 1994 for the leading trainer award. Before the last meeting O’Brien had six winners and Hourigan had three winners.

However, the script was thrown away when Hourigan won four races with Muscovy Duck, Butler John, Lantern Luck, and Dancingcinderella to pip O’Brien. Kevin O’Brien then became the first jockey to rider four winners at Kilbeggan.

The most interesting runner at the meeting was the Cheltenham Triumph winner Shawiya who fell at the last fence in the lead in the novice chase. A certain Willie Mullins rode Beakstown to win the bumper for his father Paddy. The Greville Arms Leading Jockey Award has Davy Russell, Rachel Blackmore, Denis O’Regan and H.Morgan all on three winners. The Paddy Dunican Auctioneer and Valuer Leading Trainer Award is apparently a straight battle between Gordon Elliott and Henry De Bromhead with five winners each.

Adult Admission is €15, Students & OAP’s €12 with Group Discounts and Children under 16 free including free entertainment. There is a Summer Party Pack for groups of 10 plus for €22 per person, which includes admission for one, a race card voucher, €5 betting voucher and €5 drink voucher. Check www.kilbegganraces.com for further information.

This is the last opportunity to enjoy the thrills and joyful atmosphere of Kilbeggan races until next year, so why not get family, friends, and neighbours together for a great occasion. Remember that the first race commences at 4.15pm.