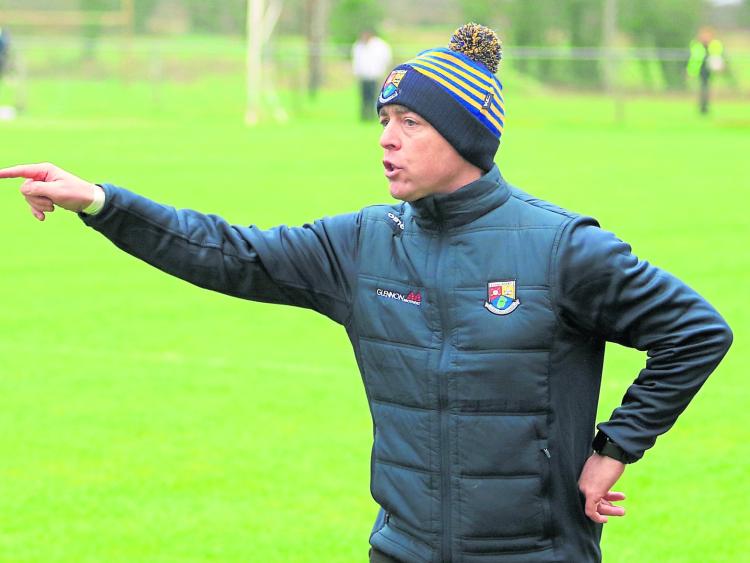 Before his side’s league opener away to Louth, Longford manager Padraic Davis asked the new players to stand up and be counted and they did just that on Sunday when they came away from Drogheda with a vital victory.

Three league debutants made impacts when they came off the bench to score the final three points in Longford’s two point win.

Davis said: “It was the three kickers that I picked off the bench; Nigel Rabbitte, Darragh Doherty and Joe Hagan.

“For all three to get points from play, which effectively won the game for us. It’s hugely encouraging for the team but also for them as individuals.”

In a tight contest Louth ended the game with 13 men while Longford players Peter Lynn and Shane Donohoe both spent 10 minutes each in the sin bin.

Louth lost Conor Earley in the 26th minute and Davis told his players at the break what to expect from the Wee County in the second half.

“I said to the lads at half-time, a team gone to 14, particularly at home, are as dangerous as any. They were always going to come with a real intensity in that second half, which they did. Our lads weathered the storm and soaked it up.”

Louth drew level three times in the second half but couldn’t get the score to edge them in front with Longford defending resolutely. Davis commended his side’s performance and in particular his two midfielders.

“From goalkeeper Paddy Collum the whole way through to your two established lads in the full-forward line, they all put in huge shifts.

“Nobody more so than the two lads in the middle of the field. Darren Gallagher has developed into a fantastic footballer. To stand on the line as a mentor and have him in your team. He played a central part in our victory today along with Mickey Quinn. They are two great lads.

“There are not too many teams in the country with two lads who approach the whole lifestyle of the inter-county scene the way they do.”

It’s a new look Longford side who have a lot of work done but still more to do. For Davis the pleasing thing about Sunday was coming away from Drogheda with the two points.

“I think today is all about the two points and the result. We will look at the performance during the week; it was far from polished. It never is, we are always expecting something extra.

To get the two points particularly on the road, it’s a great achievement for them.”

This Sunday Longford take on Offaly who narrowly lost to Westmeath in their opening game despite holding an eight point lead at one stage.

Davis believes the faithful county will be buoyed up by that performance for the next game at Glennon Brothers Pearse Park.

“They will come hugely encouraged by their performance despite the defeat. It is going to take a very good performance from us to beat Offaly.”