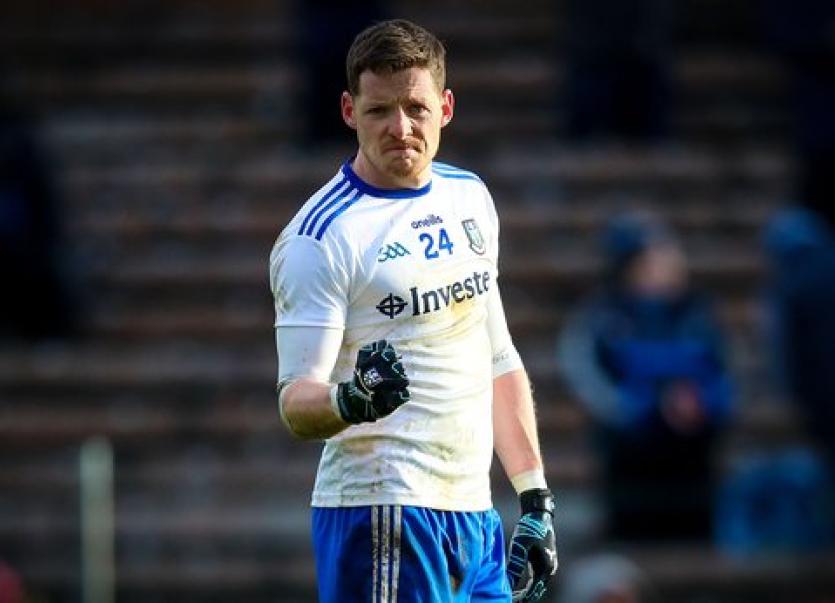 Monaghan's Conor McManus was a key performer in Monaghan's noteworthy victory over Dublin in the first round of the Allianz NFL Division One last weekend.

It was also great to see Monaghan beating Dublin.

This was a tough game, played by tough players who gave no quarter. Many times your heart would almost stop at the crunching tackles.

Michael Darragh MacAuley was sandwiched once between two Monaghan players and he didn’t feel good afterwards.

Jim Gavin won’t be too put out, but he’ll take note of the defeat nonetheless, and he’ll take steps to correct some fault lines that opened up in the Dublin defence.

Monaghan tore through them several times, and were far more disciplined once they got into the game.

They’ve found one thing they needed.

A marauding forward in debutant Stephen O’Hanlon to complement McManus.

This is something they needed badly. Now they look more threatening, and although Dublin has several missing players the same could be said of Monaghan.

Dublin were short Stephen Cluxton, James McCarthy, Ciaran Kilkenny and Jack McCaffrey.
Yet, Vinny Corey, Niall Kearns, Kieran Hughes, Drew Wylie and Conor McManus were all on the bench until McManus came on after half time.

Maybe early January, but definitely a boost for Monaghan.