'Players of the Faithful' documentary will be screened on RTÉ One tonight Friday, December 28 at 9.30pm 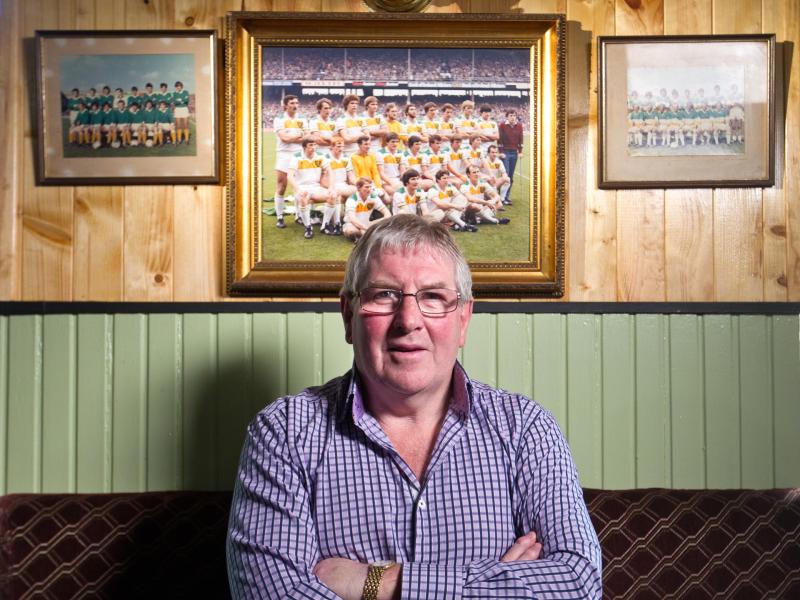 Seamus Darby, who scored the goal that rocked the Kingdom in 1982

'Players Of The Faithful' is the story of the 1982 Offaly team, managed by Longford's Eugene McGee, that famously ended Kerry’s bid to become the first county to win five All Ireland football titles in a row. It can be seen on RTÉ One at 9.30pm on Friday, December 28.

That day, Mick O’Dwyer’s great Kerry team ran out of the Croker tunnel with immortality within their grasp but all the while, the men from the Faithful County waited in the long grass.

"Eugene McGee, the manager, said when we were going out, 'today there's going to be history made – either Kerry are going to win five in a row or we're going to stop them'. I'd say that was the very first time it was spoken about." https://t.co/f12qtstDIC #RTEgaa pic.twitter.com/n7wYXyQf9y

Over the course of a topsy-turvy 70 minutes, the outcome remained in the balance until the end.

When it looked like Kerry had claimed the five-in-a-row, the most famous moment in GAA history changed the lives of everyone in a flash.

Remembering 1982 and the greatest moment in @Offaly_GAA football history. 'Players of the Faithful' will be broadcast Friday 28 December at 9.30pm on @RTEone #RTEGAA pic.twitter.com/zsAAS3JNnJ

Seamus Darby’s goal had instead delivered the greatest one-in-a-row in history. The result of the 1982 All Ireland football final still resonates from Tullamore, where brothers Matt and Richie Connor watch the county club final, through Toomevara, where Seamus Darby runs his local bar, all the way across the pond, where Martin Furlong and Gerry Carroll have both settled in New York. Their achievements have echoed around the GAA world and become legend.

Now, these Players Of The Faithful reveal the story behind the legend. More than being contained to the fateful day in Croke Park, this documentary delves into the social history of the Irish midlands to explain why such a talented group of footballers banded together during the richest period in Offaly’s GAA history.

Despite relative unemployment across Ireland, the midlands enjoyed a modicum of prosperity with steady jobs for young men available in both Bórd na Móna and the ESB. This played its part in building the famous team that shocked the Kingdom in ’82, when five sets of brothers helped propel Offaly to the top at a time when Micko’s Kerry and Kevin Heffernan’s Dublin sides dominated the landscape of Gaelic Football.

Players Of The Faithful steps inside the 1982 Offaly dressing room to tell the story of the GAA’s most famous football final - with contributions from the key men involved weaved together with amazing contemporary archive footage.