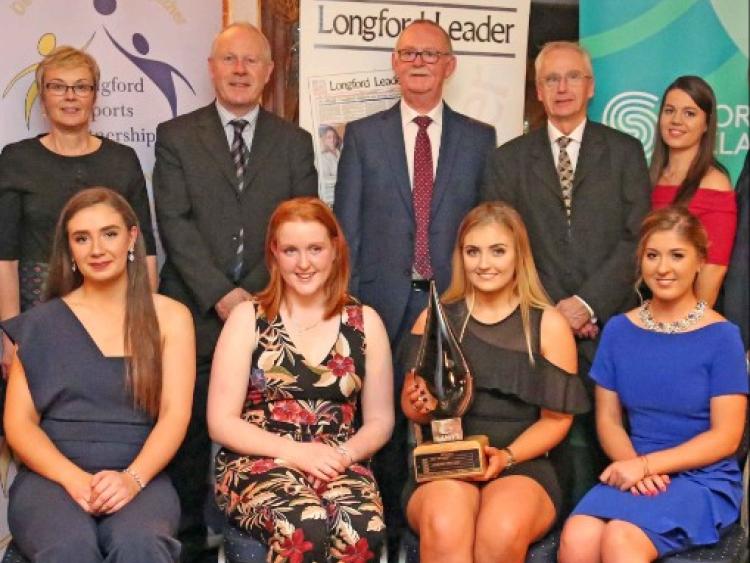 It was their second year in succession to capture the coveted title and there was great jubilation among the team members, their mentors and supporters as MC Alan Walsh announced their success.

The four team members Rebecca Yorke, Edel Whyte, Rebecca Lyons and Aisling McGreal were interviewed on stage at The Rustic Inn, Abbeyshrule on Friday night by Longford Leader Sports Editor Padraic O'Brien and they were presented with the overall winners trophy by Aidan Nally, who was representing main sponsors Ganly's.

Sport Ireland CEO John Treacy was the special guest on the night and he also launched the Longford Sports Partnership Strategy 2018 - 2022.

Chairperson of the Board of Longford Sports Partnership Steve Coy congratulated all the winners and he was also instrumental in having the Pro 14 and Heineken Champions Cup rugby silverware on display at the gala banquet.

For more coverage of the awards, see Wednesday's Longford Leader..... 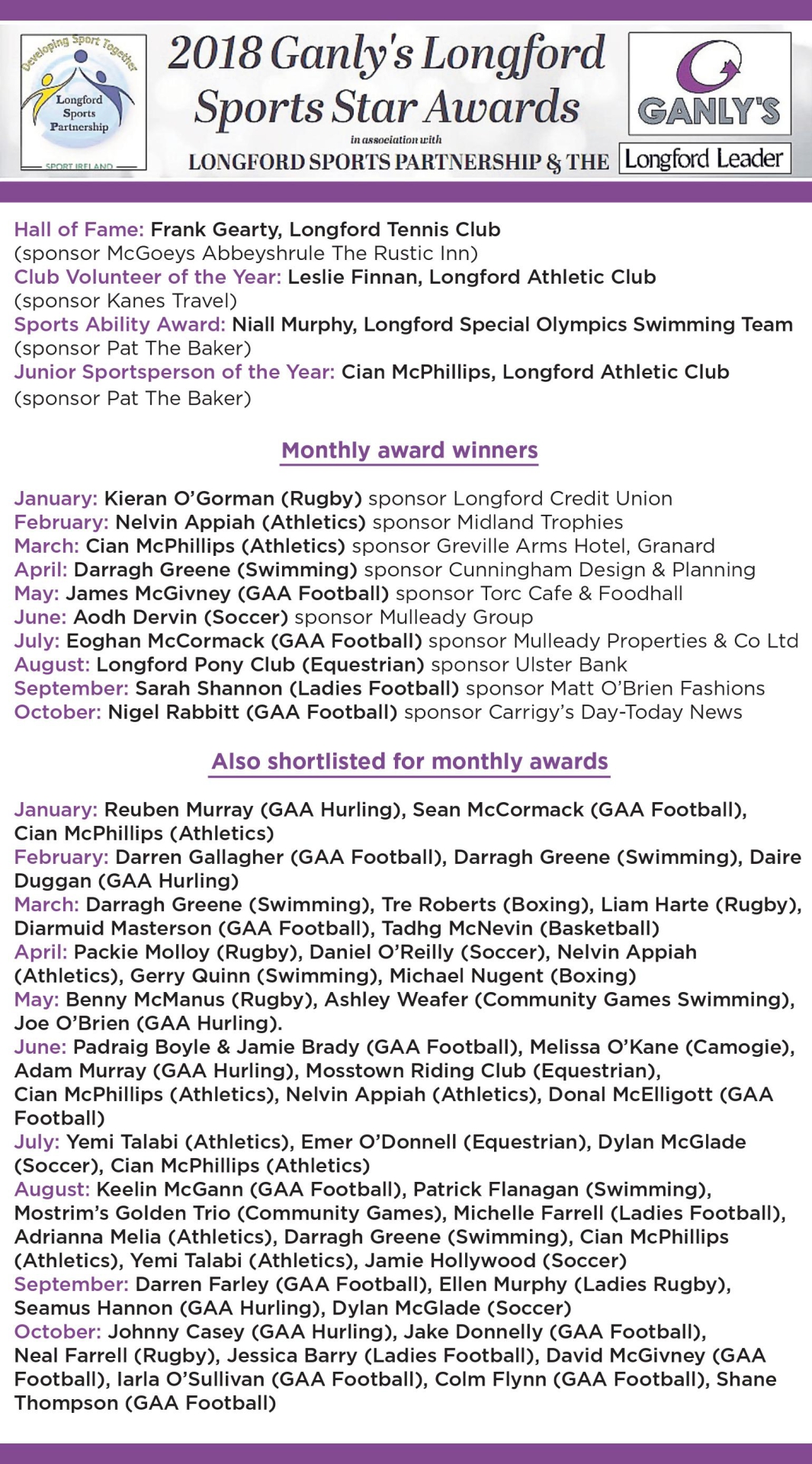