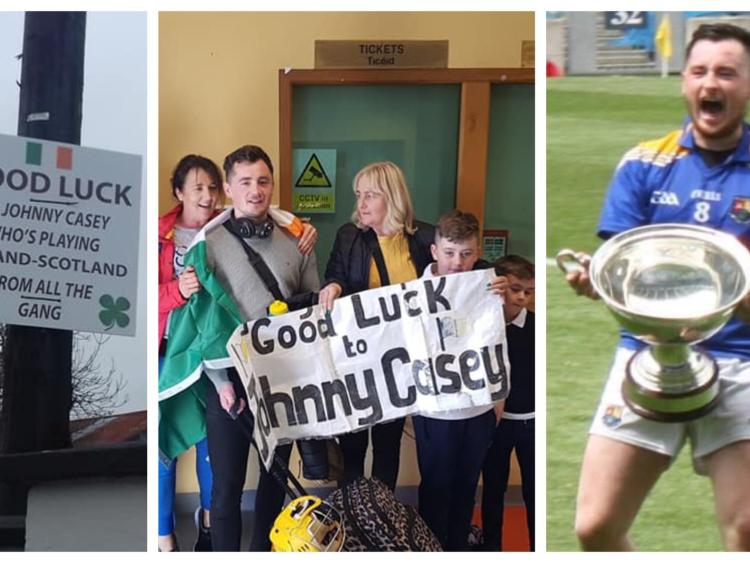 There was no fairytale ending to Johnny Casey's international debut as Ireland suffered a 1-9 to 1-11 defeat against Scotland in the Senior Hurling-Shinty International series at Bught Park, Inverness today.

Ireland, managed by Conor Phelan (Kilkenny) and William Maher (Tipperary), looked well placed at half-time to end their losing streak in the series, but Scotland rallied in the second half and it was their captain, Grant Irvine, who lifted the Marine Harvest Quaich.

Johnny, who plays his club hurling with Longford Slashers, said it was an 'unbelievable honour' for him to be selected for the Irish squad which featured household names like Noel Connors (Waterford) and Jason Forde (Tipperary).

Johnny is the holder of one Longford SHC medal and his Slashers club mates, Karl Murray in 2017, and Eoin Donnellan, in 2007, also had the distinction of lining out with Ireland in the Hurling-Shinty International series.

In 2016, Johnny won a Longford Intermediate Football Championship medal with St Brigid's Killashee and during their Leinster club campaign, they also figured on the international stage, defeated Amsterdam Gaels in Maastricht, Holland by 2-15 to 2-9.

There was great excitement around Clondra following Johnny's selection for Ireland and his girlfriend and mum also travelled to Scotland for the game.

The game was televised by BBC Alba and watch this clip as Johnny, wearing number four, sets up Ireland's goal which gave them a 1-6 to nil cushion over their hosts.

Ireland, who have now lost to Scotland four years in succession, led by 1-7 to 0-2 at half time, and in the second half they found themselves playing against a very stiff wind.

Roddy MacDonald drew Scotland level, and they then hit the front for the first time in the match  when Kevin Bartlett knocked over another close-range free for two-points.

Ireland thought they had won it in injury-time when a long-range Enda Rowland free went all the way to the Scottish net, but the umpires ruled an Irish player was off-side and it was disallowed.