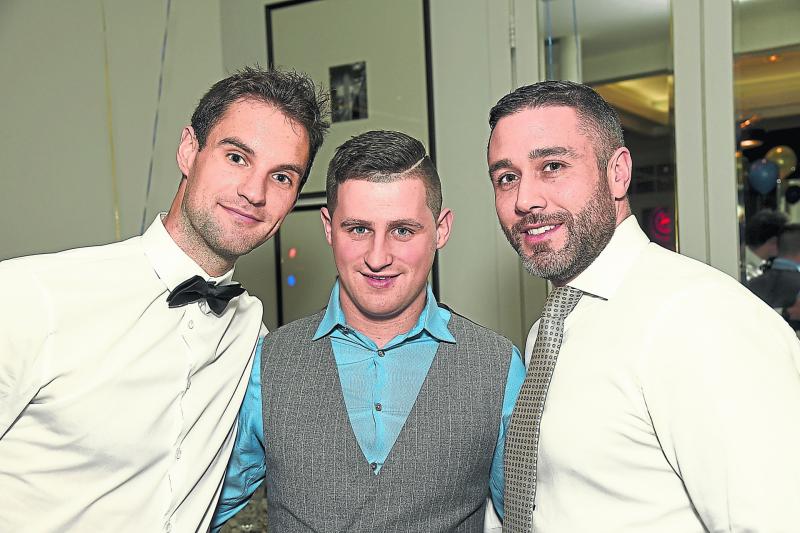 Longford NY GAA will be bidding to create history on Sunday, September 9 when they face Monaghan NY in the New York Senior Championship Final at 3pm (8pm Irish time) in Gaelic Park.

The Longford NY club was reformed six years ago at a meeting in Jack Dempsey’s, a bar part owned by Drumlish man Sonny Keenan.

Damien Murphy explained, “It’s been a terrific ride for us to now be in a senior final in that short time.

We came up through junior B, junior A and intermediate to get to senior level.” Longford defeated a highly fancied Sligo in the 2017 Intermediate Final.

Michael Ledwith (Abbeylara) and Brian Kavanagh (Ardagh/Kilmacud Crokes) are two of the original players still playing with the club.

Damien says the club receives great support from the Longford community in NY.

“We are very lucky to have some super sponsors and supporters. Our main sponsor is ‘The Chelsea Bell’, owned by Ballinalee men Brendan Donoghue and Frank Kane. Other great supporters are: Pat Burke and John Mahon (both Newtownforbes) of the Pig n Whistle bar group, the County Longford Association of NY, Phil Kellegher of Keltech Construction and Des Dillon (Ballinamuck) of Peter Dillons Bar.

Armagh’s Jamie Clarke scored 1-4 in the semi-final as Longford were 1-15 to 1-10 winners over Donegal.

Other players of note are Crossmaglen duo Jamie Clarke and Mickey Lenihan. Cavan’s Alan O’Mara, author of ‘The Best is Yet to Come’ and former Dublin inter county footballer, Declan Lally, are also part of the Longford NY set-up.

Five teams play in the New York senior championship. They play each other twice, with the top four going into semi-finals. Longford topped the table at the end of the round-robin series.

Tom Cunniffe (Mayo) and Darren Freeman are among the Monaghan NY danger men and Sunday’s final is their third in consecutive years. They were champions in 2016, but lost their crown in 2017.

Monaghan were emphatic 0-14 to 0-7 winners over St Barnabas in the semi-final and it will take a big performance from Longford if they are to deny them outright glory.

There will be live updates from the final on Sunday on the Longford NY Twitter and Facebook platforms.