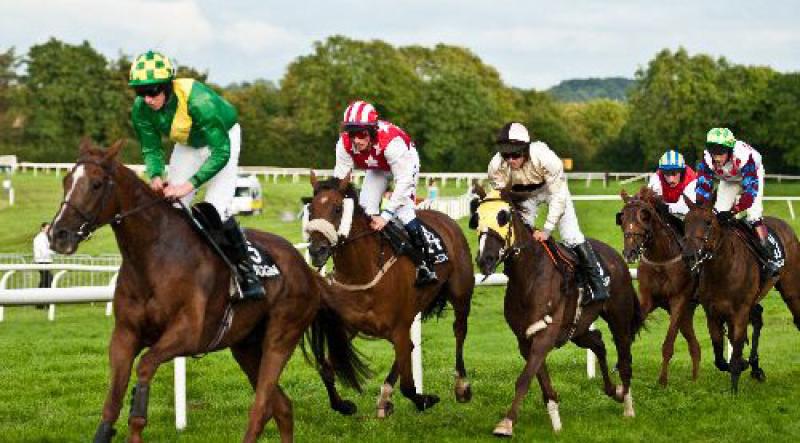 It is hard to believe that we have reached the end of another great year of racing at Kilbeggan which, like life itself, had a bit of everything from a postponed meeting to a visit from the President of Ireland. The End of Season Celebration Meeting is on next Friday 7th September starting at the earlier time of 4.30PM.

A GREAT YEAR FOR KILBEGGAN RACES

Paddy Dunican, Manager states that “It’s been a fantastic year for us at Kilbeggan, with a significant increase in attendances and sponsorships, which has been driven by the thousands of people who supported us during our racing season”. The three featured summer meetings, including two very successful Best Dressed Ladies Competitions, brought a great atmosphere of fun and entertainment, in addition to distinguished visitors from embassies like the Hungarian, Moroccan, Chinese and British ambassadors, which added interest and an international element to the races. President of Ireland Michael D. Higgin’s attended the races and met many people through the day including champion trainers Willie Mullins and Gordon Elliott.

THE MIGHTY QATAR RACING HAVE THEIR FIRST WINNER AT KILBEGGAN

Qatar Racing Ltd are one of the most powerful owners in world racing and this year alone they own Roaring Lion winner of the Group 1 Juddmonte International Stakes and the Eclipse Stakes to be the highest rated middle distance horse in Europe. Sheikh Fahad had a few winners under his own name with Willie Mullin’s but at the last Kilbeggan meeting he had his first runner and first winner with Willie Mullin’s under Qatar Racing Ltd when Solindian (11/8F) won the bumper after a tough battle. A number of very promising horses ran at the meeting and they should be followed such as Willie Mullins Mason’s Daughter, Solindian, and Henry De Bromhead’s Sir Benford Wales and Abbey Magic. The highlight of the meeting was the brilliant riding of Rachel Blackmore on Sir Benford Wales beating Willie Mullin’s Shush and in particular her ride on Abbey Magic when she beat David Russell’s mount Its All Guesswork (an appropriate name for a horse!) by ½ length in spite of losing her irons at the last fence.

A highlight of the day was Noel Meade recalling the great career of Mick O’Toole the trainer, who recently died. In 1970 he had his first two winners at Kilbeggan with Pirate Gal (5/1) and his wife’s horse Lake Shore Drive (2/1) won the Tullamore Handicap on the flat carrying 7st 1lb with Michael Teelin riding. This was the year that this horse won 10 of his 22 races. In 1982 his horse PoynzPass won at Roscommon on Monday, then was third at Sligo on Thursday, before winning again at Kilbeggan on Friday. Those were the days when horses were tough!

FRIDAY’S LAST MEETING OF THE YEAR

The final meeting of the year has the featured Adare Manor Handicap Hurdle of €20,000 sponsored by J.P .McManus; the Midlands Breeders Supporting Kilbeggan Beginners Novice Chase sponsored by the Midland’s Breeders, AT THE RACES are sponsoring the Sky Sports Racing Launching in 2019 Handicap Steeplechase of €19,000; and the Pat Doyle Race honouring a man who contributed so much to Kilbeggan Races. The Greville Arms Hotel, Mullingar, is sponsoring the Leading Jockey Award, which will go to Paul Townsend with 5 winners. Paddy Dunican, Auctioneer & Valuer is sponsoring the Leading Trainer Award and Willie Mullins is leading with 9 winners with Gordon Elliott on 7 and Henry De Bromhead has 6 winners. It could be a close contest between Ireland’s two leading trainer’s.

Adult Admission is €15, Students & OAP’s €12 with Group Discounts and Children under 16 free including free entertainment. There is a Summer Party Pack for groups of 10 plus for €22 per person, which includes admission for one, a race card voucher, €5 food voucher and €5 drink voucher. Check www.kilbegganraces.com for further information. As this is last meeting of the year why not get together with a few friends and meet in Kilbeggan to enjoy the best of Irish Jump racing. The first race begins at 4.30PM.