The Grand National meeting gets underway 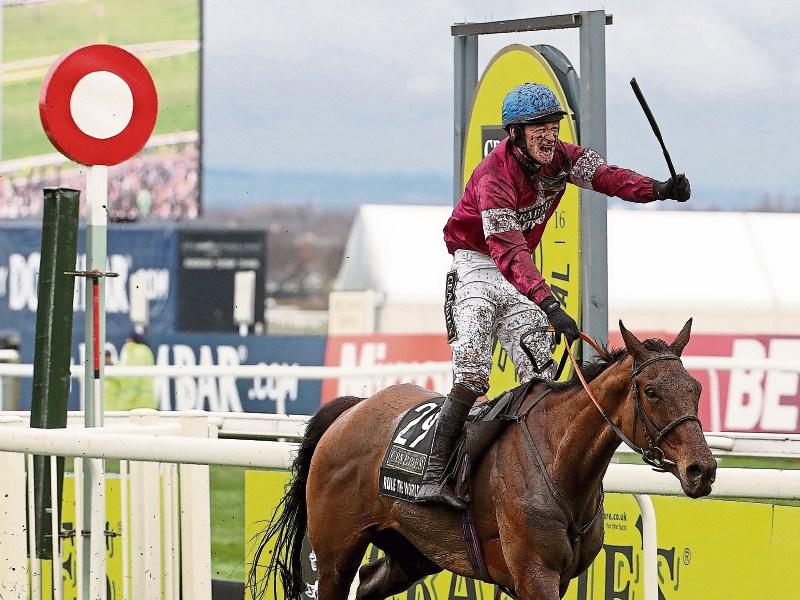 A race opened up by the withdrawal of Arkle winner Footpad, the vote goes to FINIAN'S OSCAR (4/1), who was disappointing in the JLT at Cheltenham. The ground was heavy in places that day, which wouldn't have suited him, and the slightly better forecast of good to soft here should see a better side to him. He won well at this track last year and may well come good again at the expense of Brain Power.

Another tricky contest to pull apart but it may be worth taking on likely favourite Apple's Shakira with WE HAVE A DREAM (2/1). Nicky Henderson regularly pitches up with a few winners at Aintree and this one could get him off to a good start this week. The horse skipped Cheltenham which could leave him fresher than others here, and he also comes into the race on the back of four consecutive wins.

Might Bite will be all the rage here having finished second to Native River in the Cheltenham Gold Cup, but at odds of 4/6, I'd be looking to find an alternative. With that in mind, BRISTOL DE MAI (5/1) is worth the risk having its first run since a wind operation. Having blown Cue Card away by nearly 60 lengths at Haydock late last year, he struggled in two subsequent starts and was eventually ruled out of Cheltenham. The wind op could be the trick with him and as a stout stayer on good to soft ground, he could give the Nicky Henderson hotpot something to think about.

Supasundae is the obvious one here but at odds of 1/1, he is a little short. It's unfair to suggest his recent winnning form isn't strong, but Apple's Jade and Faugheen did let it down slightly since. However, I'd be willing to take one more risk on MY TENT OR YOURS (6/1), a faithful servant to Nicky Henderson, who is now an 11-year-old. He is arguably one of the most consistent horses in training and was in fact second in this very race last year behind double champion hurdle winner Buveur D'Air. He can earn himself one last big day in the sun.

YOU MAY ALSO BE INTERESTED IN READING:  Willie Mullins readying the big guns for another epic Punchestown Festival

BEAR'S AFFAIR (20/1) is the one to side with here in an ultra competitive Foxhunters. He was a good seventh in this race last year and has had a pleasing preparation for the 2018 renewal. He was third behind Premier Portrait at Taunton in January in his only run this season to date. He has been laid out for this race and therefore has a good chance of running into a place.

KING'S SOCKS (5/1) is a good bet here after showing some consistency in two runs in Britain. He moved from France to David Pipe's yard last year and has since gone through a wind operation. In France, he had form with Footpad, this year's Arkle winner, having finished just two lengths behind him at Auteuil in June 2016. Since arriving on British soil, he's finished 3rd in a race won by Modus at Kempton and 5th behind The Storyteller in a Grade 3 chase at the Cheltenham Festival last month. He can improve once more to take victory.

A nigh-on impossible race to work out, and tentatively going for top connections with an each-way priced shot may be the way to go. That's the only reason I've gone for CEDAR VALLEY (20/1) for trainer Phillip Hobbs and top jockey Richard Johnson. The horse itself was a debut winner at Taunton last month, and has the potential to go well again.

WIN: Tickets to Day 1 of the thrilling Punchestown racing festival