Longford Community Games: Drumlish come back to pip Clonbroney in U-12 thriller 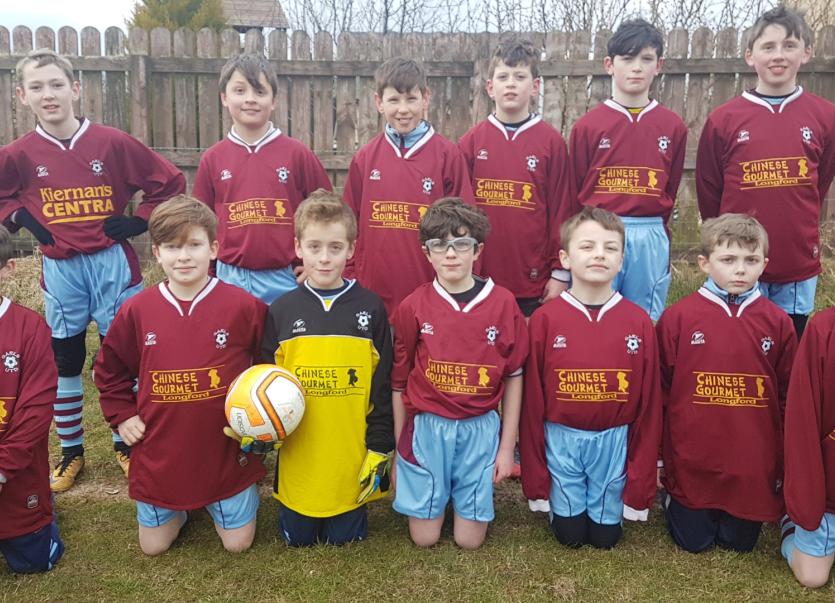 The Drumlish side that defeated Clonbroney.

Drumlish showed great character and strength coming back from a two goal deficit to win in extra time after a seven goal thriller.

Community Games U-12 11-aside Soccer: Drumlish 4 Clonbroney 3 (after extra time)

After many weeks of cancellations due to wet ground, the match turned out to be a classic. With many Clonbroney children playing their football in Drumlish, they really had something to prove over their weekend teammates.

The match got off to a lively start with Clonbroney quickly ahead with a goal from Ciaran McEvoy after rushing through.

Clonbroney’s Jack Reilly covered every blade of grass on the pitch and had some great chances and was rewarded with the second Clonbroney goal.

As the first half came to a  lose Drumlish began their comeback  and got a goal back as Jared Weafer's beautifully struck shot hit the net. Drumlish’s notable defenders of Sean Gibbons and Fiach Russell always protecting their steadfast goalkeeper Cian Gray.

The fourth goal came from a difficult shot by Liam Culliney that bobbled around and found the back of the Clonbroney net. With the score all square, the match became very tense with shouts from parents on both sides cheering on the young ones.

Clonbroney went ahead again with a beautifully weighted ball through the middle from John Sheridan through to Gavin O’Shaunessy who continued forward under challenges and buried in the net.

Quickly Drumlish were down the other end and made it 3 all with a goal from Liam Culliney. Excellent midfield plays from Aaron Kiernan and forward Oisin Conboy was beginning to turn the tide. Shouts to referee on timing ensued and with only a few minutes left, the noise got deafening.

With regulation time over the scores stood at 3-3, 5 minutes each way for extra time may be able to separate them. Late in second half, as Drumlish went through and a Drumlish player went down and the ref was quick on the whistle for a penalty.

What seemed several minutes passed as the penalty was set up and players moved out of penalty area. With a clean strike, the ball went in mid-height leaving Drumlish in control.

The second period of extra time was all Clonbroney as they battled to get the game square but repeated efforts came to nothing and with the last defence Clonbroney cleared the ball and had one final chance before the ref called an end to what was one of the closest matches in the Community Games U12 11-aside competitions.

Drumlish face Newtowncashel in the semi-final.

Check out our full spread of finalists from all the Longford Community Games County Finals and winners from this coming weekend in next week’s Longford Leader.

All panel members played in game.