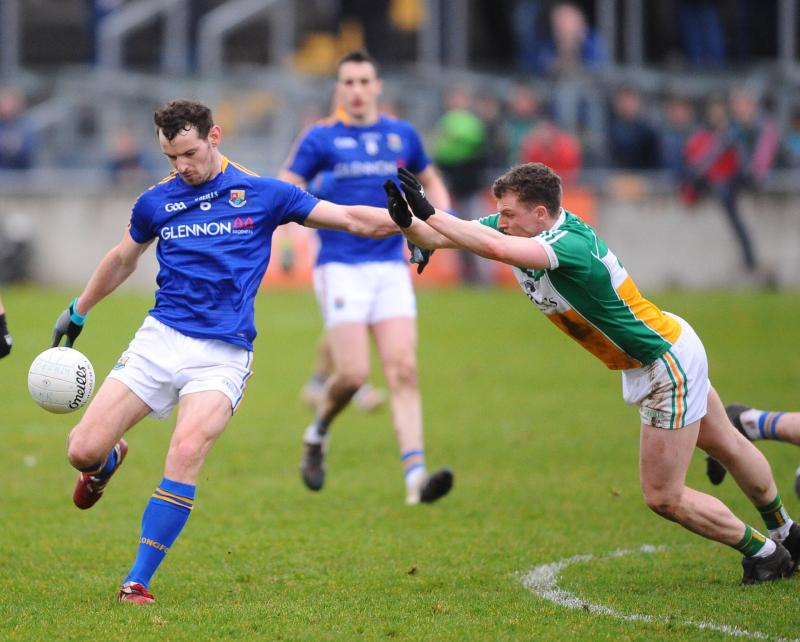 After hammering Offaly by the wide margin of eleven points (3-18 to 1-13) at O’Connor Park in Tullamore on Sunday last, the confidence factor will be high in the Longford camp following a great start to the National Football League Division 3 campaign.

Next up are Derry at Glennon Brothers Pearse Park for the Round 2 clash on Sunday (throw-in 2pm) and they will be minus the Slaughtneil players who are preparing for the All-Ireland Club SFC semi-final against Cork’s Nemo Rangers.

Resolute defender Chris McKaigue is the most notable absentee and the pressure is already on Derry following their 2-17 to 2-14 home defeat against Westmeath at Celtic Park last weekend.

Relegated from Division 2 last season, Derry are probably in a vulnerable state at the moment without the Slaughtneil contingent and this must be seen as a good opportunity for Longford to collect two more valuable league points and particularly so with home advantage.

Having said that, Derry almost snatched a draw in a dramatic finish against Westmeath when they were awarded a penalty but the kick taken by Enda Lynn was well saved by opposing keeper Eoin Carberry.
Longford have enjoyed a very good record against Derry in the All-Ireland Qualifiers in recent years and will be hoping for another win in the quest for promotion.

Defeat, on the other hand, will be a significant setback for the midlanders in view of the extremely difficult task away to Armagh in Round 3 the following week.

Back in training for Longford is Diarmuid Masterson who was listed among the substitutes against Offaly.

The new Derry manager is Damien McErlain, the man who guided the oak leaf county to the All-Ireland Minor final last year when they lost heavily against Kerry.

Longford manager Denis Connerton: 'Derry is a massive match for us'