THE PUNTER'S EYE: 'Supasundae' upset on the cards for Harrington

Fairyhouse in focus on both Saturday and Sunday 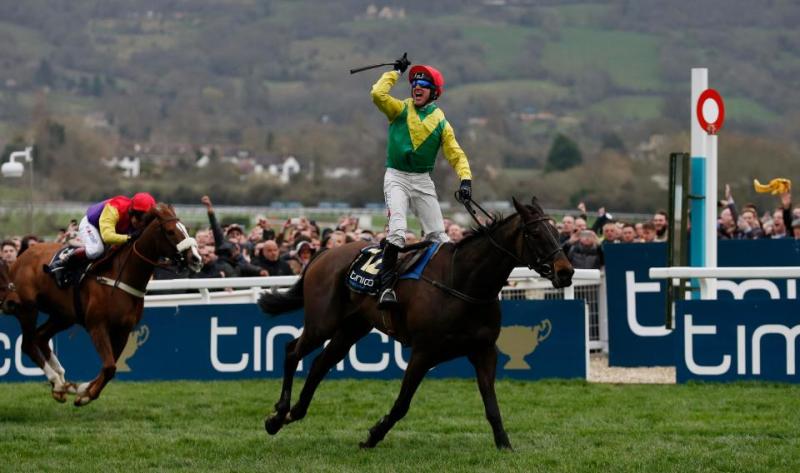 GWENCILY BERBAS (4/1) cuts an interesting figure in the colours of Barry Connell in the 13:25 at Fairyhouse on Saturday. The improving six-year-old has put in two pleasing performances in 2017 so far, including a three-length win over JIMMY TWO TIMES at Roscommon in June. That was in fact his most recent run, almost six months ago, but he goes well fresh and will appreciate the cut in the ground. He ran on similar ground at Navan this time last year on his seasonal bow, finishing second behind the Irish National hero and Gold Cup prospect OUR DUKE. He was 11 lengths behind the winner that day, but plugged away well to be a clear second ahead of the rest of the field. This horse is lightly raced and it's worth noting that this will be just his sixth start over fences. Of the five previous chase starts, he has one win and two seconds to his name. I expect a bold bid here.

In the next race at 13:55, BLOW BY BLOW will be all the rage for Gordon Elliott, but I'd be tempted to oppose that one with SOMEDAY (8/1) for Jessica Harrington. BLOW BY BLOW was a beaten favourite last time out when going down to MIND'S EYE at this very track last month, but does have incredible winning form to his name against the likes of MOON RACER and DEATH DUTY. He should be better this time around but I'd side with SOMEDAY. This Jessica Harrington trained five-year-old was a highly rated bumper horse last year and caught the eye when second behind NEXT DESTINATION at Naas last month. That race showed that he's really getting the hang of things over hurdles and can now do better, even in a quality field. This will be just his third hurdles start and could represent a chance to break his duck against the better fancied BLOW BY BLOW. Soft to heavy ground didn't inconvenience him in that NEXT DESTINATION defeat, suggesting this surface will be right up his street again.

On Sunday, Jessica Harrington could well have another winner if SUPASUNDAE (8/1) can upset the odds against the commanding APPLE'S JADE in the Hatton's Grace Hurdle at 13:30. I think this horse can topple the heavy favourite, especially after seeing him run YANWORTH so close at Aintree last April. He got better and better as last season wore on, and that Aintree performance was perhaps his best yet. YANWORTH has flattered to deceive in many ways, but is still one of the mostly highly thought of horses in training. SUPASUNDAE went down by just a length to him in Liverpool and had he been ridden a little more prominently throughout, could have landed the spoils. He had already collected the notoriously competitive Coral Cup at Cheltenham, showing himself to be a horse on the up. A break since April could be seen as a negative, especially in light of the recent run APPLE'S JADE has under her belt this winter. Nevertheless, SUPASUNDAE will get better and the ground will be no problem. It's worth the risk at a good each-way price.

DEATH DUTY (8/13) is a skinny enough price but may well be the star of the weekend at Fairyhouse. The Gordon Elliott star goes in the 14:35 on Sunday where he faces a field of just six. Elliott has three horses entered in the race, Willie Mullins has two, while Noel Meade's SNOW FALCON completes the line-up. DEATH DUTY was an exceptional hurdler last year, winning four of his six starts over timber. He has looked even better since switching to the larger obstacles, racking up two wins in quick succession in October. He won his chase debut by three quarters of a length against CAP D'AUBOIS at Tipperary, before slamming TOUT EST PERMIS by 11 lengths two weeks later at Punchestown. He's a top prospect for all the big festivals in 2018, and appears to be improving all the time. He's a monster and has the ability to make light work of this field on Sunday.