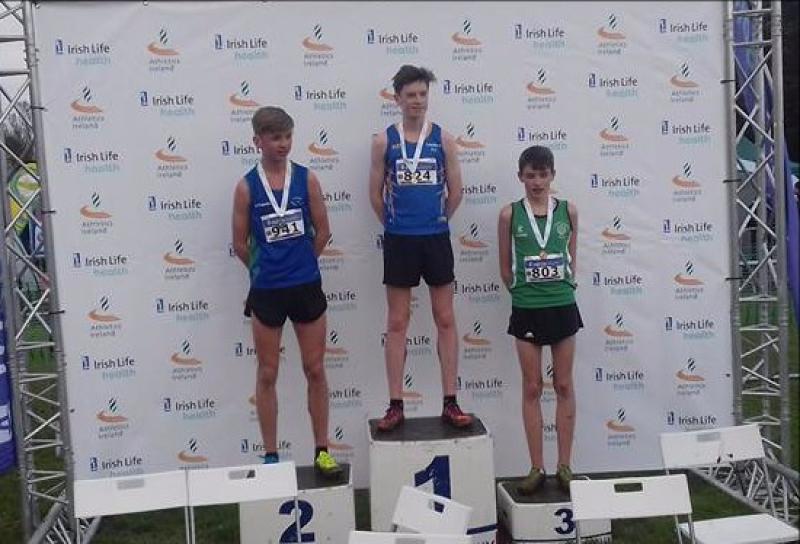 Over the 4,000 metres course, Cian ran with the leading group to just over the half way mark, before making a break and pulling away to win by 40 metres.

Longford Athletic Club posted on their Facebook page: "Well done Cian from all at Longford AC on this massive achievement."

The year so far for Cian McPhillips...

Earlier this year, Cian produced a brilliant performance to win the Gold medal in the U-16 Boys 800m at the Irish Life Health National Indoor Juvenile Championships at the Athlone IT International Arena in April.

Then in the first stage of the National Community Games Finals at the National Sports Campus in Abbotstown, Dublin in May, Cian achieved another notable success when he finished second in the U-16 7K Marathon.

McPhillips went on to win another National title to claim the Gold medal in the U-16 Boys 800m race at the All-Ireland Juvenile Track & Field Championships at the Tullamore Harriers Stadium in July and produced another tremendous performance to finish second in the U-16 1,500m at the same event in adding a National silver medal to his mounting collection.

August turned out to be a magnificent month for highly talented Cian who won a Gold medal in the U-16 Boys 800m when representing Ireland against Scotland and Wales in the annual Celtic Games at Morton Stadium, Santry. And further success followed for the Ardagh athlete who produced another superb performance to win the U-16 Boys 1,500m at the Aldi Community Games National Finals at the National Sports Campus.