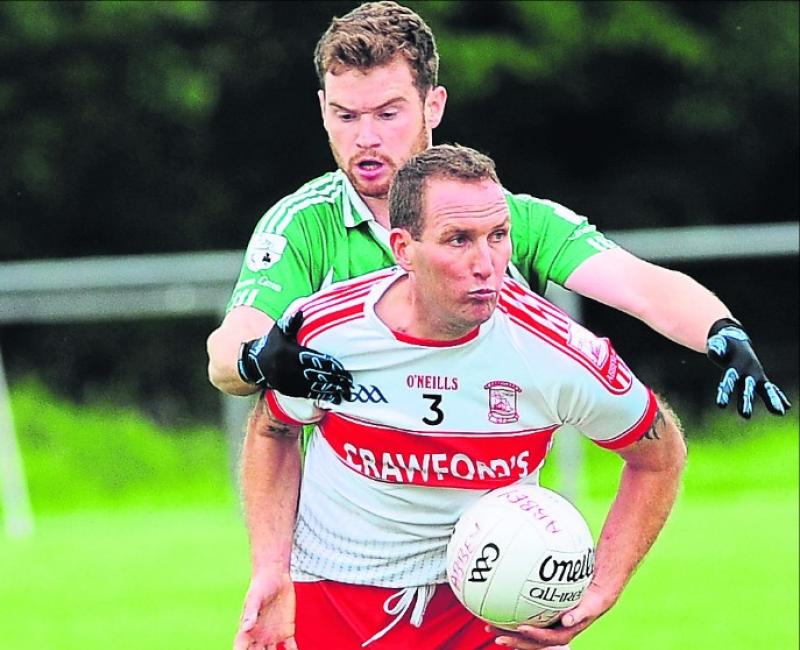 At 36 years of age Abbeylara’s James McEntire has the same enthusiasm as a player half his age and it is easy to see that he loves football and his club.

It has been his life and the hunger to succeed is what motivates him to keep on playing.

“It’s just pure hunger to win, that’s all it is,” said McEntire who was a member of the last Abbeylara team to win the county senior football championship in 2006.

“I do not know anything different. That’s basically it. As the years have gone by I actually wanted to continuing playing longer.
“The big thing is looking after yourself as much as you can. Train harder than the young boys too is part of the process. It’s great though to look at them and be proud of them. I actually look up to the younger lads that we have in the team now. They remind me of when I was their age and it is a privilege to be playing with them.”

McEntire has been a regular in the starting 15 for Danny Brady’s side this year, be it at full-back or centre-half-back, and he has worked hard to maintain his fitness so he was able to be part of the new manager’s plans.

“Danny Brady had new ideas and I knew what I had to do. I didn’t train up until probably March in other years but this year I started from Christmas. You have to be fit to play the game these days and that’s the bottom line.”

Mullahoran man Brady has guided Abbeylara to the title decider in his first year as the Abbeylara manager and McEntire shared the same objective: getting back to the county final was the main thing for the north Longford side this season.

“When Danny came in, he had fresh ideas and without a doubt the main thing was the championship. Whatever we done in the league didn’t matter because the focus was the Connolly Cup and getting to another county final.”

When the draw was made for the quarter-finals of the championship many predicted Abbeylara would get to the final and meet Mullinalaghta again but our players were not taking anything for granted as they took each game as it came.

“It did not matter who we got in the draw as they were going to be tough games and we looked no further than the next fixture,” said McEntire.

Sunday sees Abbeylara and Mullinalaghta renew rivalry in the battle for the county title and McEntire praised his team-mates for the resolve they have shown in reaching their third county final in a row.

“Whoever wants it more will win on the day and that will be it. There will not be much between the sides. We had hunger last year and the year before but it did not work out for us.

“Hopefully we can gain revenge for the defeat in the 2016 final and it shows what a very committed group of players we have in making it through to the title decider for the third year in succession.”