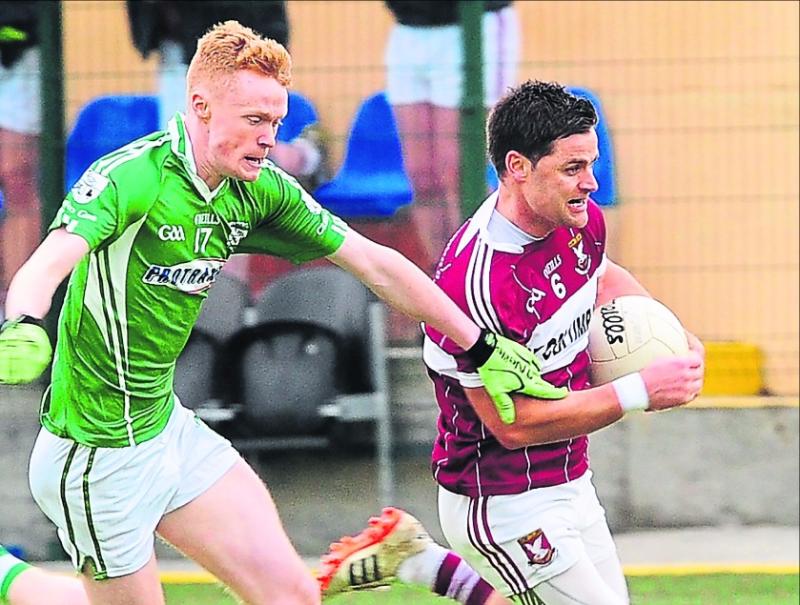 Mullinalaghta St Columba’s captain Shane Mulligan believes his side will have to be at their best on Sunday if they are to defeat their neighbours Abbeylara in the County SFC Final and retain the title they won last year by defeating the same opposition in the title decider.

“In the county final we need to play to our potential and eradicate the mistakes we have made in some of the other games along the way. We need to produce a complete performance because Abbeylara have been very convincing this year. They are a stronger side than they were last season.”

Mullinalaghta have had a mixed championship campaign; winning all three group games but replays were required against Killoe and Clonguish in the quarter-final and semi-final respectively. Mulligan said he is delighted his club have got back to the county final after the tough run they had to endure.

“At the start of the year when the groups were drawn we were pitted in the group of death again. When you are playing Dromard, Killoe and Clonguish you are taking on sides consistently in the top 4 or 5 in the county.

“We did not play to the best of our ability in the drawn quarter-final and semi-final games and were lucky to get another chance. We never thought it was a foregone conclusion that we would reach another county final.”

After winning the senior championship last year for the first time since 1950, you would assume the pressure was off the Mullinalaghta club this season as they finally claimed the title that had eluded them for so long. But being champions brought its own pressure, stated Mulligan.

“There was pressure last year because we kept thinking is this ever going to happen for us and that was always there in the back of our minds. The pressure this year is that we are the county champions and there is an incentive for the opposition to raise their game against us.”

Looking ahead to Sunday’s final Shane feels that the two sides are evenly matched and there will be nothing between them.
“We would consider ourselves a well balanced team and Abbeylara are in the same position.

“We know each other so well at this stage. This is their third final in a row and we are not underestimating the calibre of players on their team. We will need to get as much things as we can right to be in with a shout of retaining the title.”

It is an old cliche but Mulligan reiterated it again; it’s all about on the day. Anything can happen in that hour of football.
“You are down to the last hour of football. Last year was the same thing for us; to get to a county final.

“It was the exact same this year and we are there battling for the title again. It’s all about on the day and anything can happen on the very big occasion but hopefully things will go right for us.”