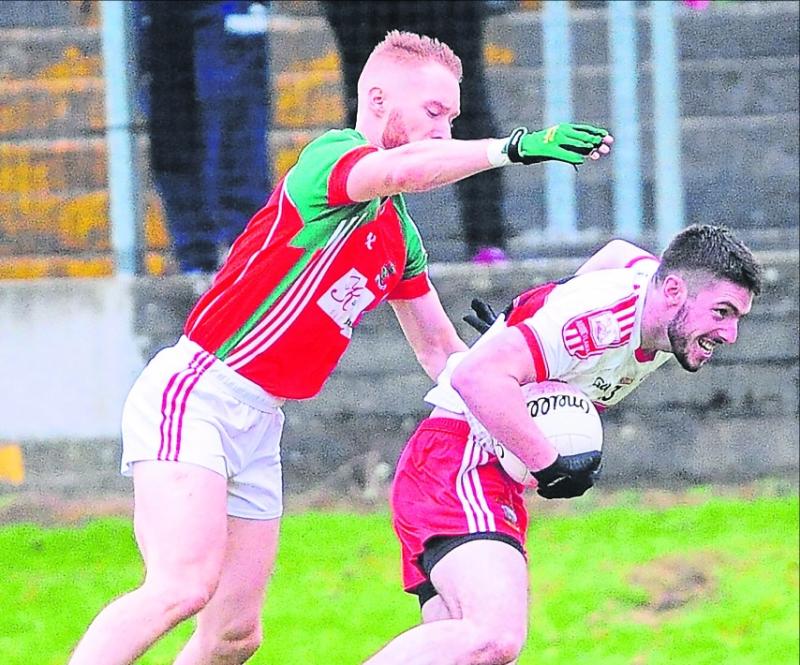 For many years now Robbie Smyth has been a leader for Abbeylara, very much their main man, and this season he has the added responsibility of being captain.

Nothing seems to faze the chief marksman and he has a great sense of pride in his role as the team captain.

“It’s a massive honour to captain a club like Abbeylara. It’s not something that everyone can say they have done and that’s why I am in an absolutely privileged position to be leading the boys out in a county final. It’s something that I will always remember,” said the proud Robbie.

When Abbeylara take to the field on Sunday they will be hoping that 3 is their lucky number as it is their third final in a row - having lost the previous two - and they are going for a third county senior title having won the championship in 2000 and 2006. Smyth knows they will have to work really hard if they are to dethrone their neighbours Mullinalaghta.

“County finals are not easy won. Sunday is going to be a real battle but we have tough games behind us against Colmcille and Mostrim and hopefully they will stand to us. It’s better going into a county final knowing you have stuff to learn than going in blind.”

It’s another north Longford SFC decider as Abbeylara take on Mullinalaghta in a repeat of last year’s final and Smyth knows it will not be easy against the reigning champions. He is relieved that Abbeylara will go into the game as underdogs; a tag they have not been used to so far this year.

“It’s the same story as last year. We played with them growing up as part of Northern Gaels. Mullinalaghta have raised the bar in Longford from last year on and it’s where we want to get to. It’s the first game this year that we are going into as underdogs and that’s a bit of added pressure as well.”

Abbeylara clocked up a very good score of 3-13 in their semi-final win over Mostrim. Smyth was delighted with the scoring and in particular the fact that they scored goals.

“It’s probably something we were not doing in the earlier stages of the championship; scoring enough goals. To get three against Mostrim is positive and it is something for us to build on.”

Sunday’s final will be a battle of wits between the two sides. Smyth said that anything can happen and a lot of factors can play their part in the outcome.

“You really don’t know what is going to happen on Sunday. The weather, playing conditions; they all play their part and there will be nothing between the sides. Last year there was just a kick of the ball in it and I think it will be the same on this occasion.”

So will Smyth issue any words of wisdom to his team-mates before the game or will he let his football do the talking?
“Ah I will say my bit but you do need to have leaders all over the place when we take to the field and hopefully we will have that in abundance on county final day,” remarked Robbie.