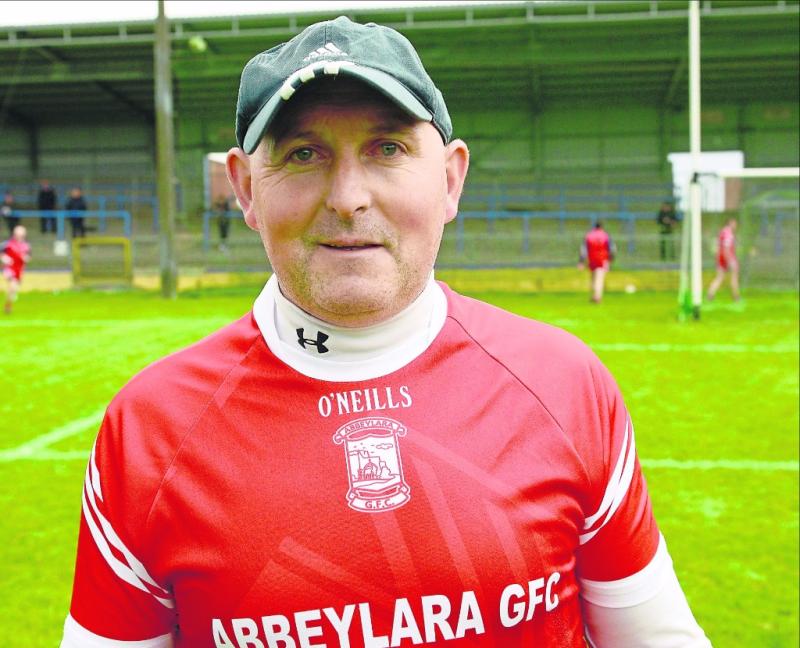 When Mullahoran man Danny Brady took over as Abbeylara manager this season the target for 2017 was simple; get to the county final.

With that objective achieved he now wants to right the wrongs of the last couple of years with Abbeylara having tasted the bitterness of defeat in the last two senior title deciders.

“The target from the beginning of the year; from when I stepped into this job, was to get Abbeylara back into the senior final. That was the target for the lads and in fairness they have shown tremendous character.

“Many a team might have just given up after losing two finals in succession but not these boys and we are delighted to be back in the decider again,” said Brady.

This is Abbeylara’s third final in a row so they certainly don’t need much motivation for the big game on Sunday according to Brady as both himself and Abbeylara really want that county title.

“One thing that we don’t lack is motivation. There’s lots of resilience there. It’s not hard motivating them when you come into Pearse Park for a quarter-final, semi-final and now the final. They are as eager as I am to get a county senior title on the CV.”

“When you get to the championship it’s nip and tuck and there’s nothing between the sides in Longford. Championship is 60 minutes and the winner takes it all. That’s what we enjoy about it and we train hard to get into these situations.”

Neighbouring rivals Mullinalaghta stand in Abbeylara's way of capturing the title for the first time since 2006 in a repeat of last year’s final and Danny Brady is well aware about the threat the reigning champions pose.

“We know from the last 12/18 months the way Mullinalaghta are going. They are the form team. The challenge is there so it is now down for us and we will relish getting ready for battle. Come the day we will see how things go and the best team is going to win.”

Abbeylara come into this final on the back of a hard earned semi-final win over Mostrim.

What pleased Brady was the different scorers his side had on that occasion after depending heavily on their main man Robbie Smyth to get them through the quarter-final clash against Colmcille.

“It’s something we have been working on, sharing the responsibility of the score taking, because there’s always one or maybe two defenders trying to stop Robbie. Sometimes the others boys are just looking on. We have tried to stress to the lads to try and get involved and be on the scoresheet also. Everyone is watching Robbie so it is good to have other scoring options,” concluded the optimistic Brady.