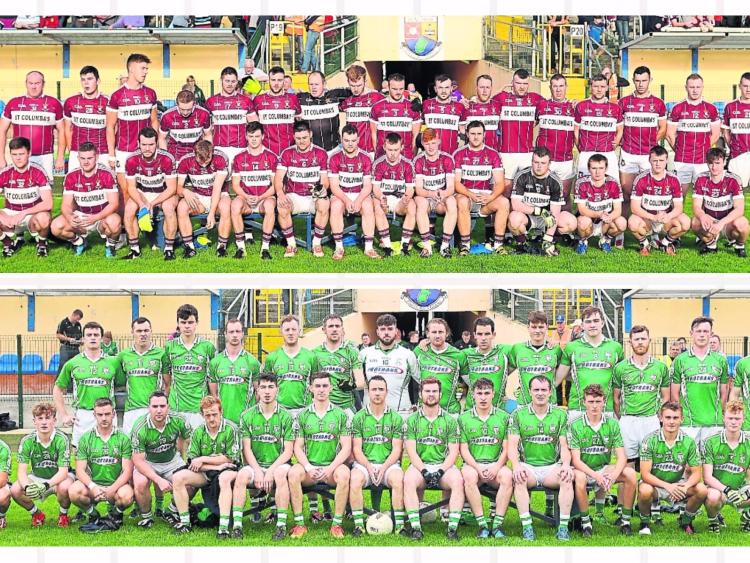 In the aftermath of their fairly emphatic victory over their main rivals Killoe by the comfortable margin of seven points in the quarter-final replay, Mullinalaghta are now in pole position to retain the senior football championship title.

While St Columba’s are generally considered the firm favourites to reach the title decider for the third time in the space of four years, standing in their way are a Clonguish side with a lot of experience and who will be quietly confident of causing an upset in the semi-final showdown at Glennon Brothers Pearse Park on Saturday evening next.

Having said that, they were fortunate to hold out for a narrow two points win against Dromard in the previous round after establishing what appeared to be a commanding 1-14 to 0-11 lead with 52 minutes gone on the clock.

Clonguish played with the advantage of an extra man for the entire second half after Dromard defender Peter Masterson was sent-off (second yellow card) just before the break.

The Barden brothers Paul and David made a major impact in that hard earned success and with other dangerous attackers in Ciaran Williams and Joe O’Brien there is plenty of scoring power in the Clonguish attack.

Mullinalaghta (managed by Gerry Lynn) came out on top by the minimum of margins (2-9 to 2-8) when the clubs clashed in the 2014 semi-final and in charge of Clonguish then was none other than Mickey Graham, the current St Columba’s supremo.

Graham guided Clonguish to their last appearance in the county senior final back in 2011 when they suffered the bitter disappointment of a single point defeat (0-7 to 0-6) against Longford Slashers and the Cavan town native is now plotting the downfall of his former club.

There is a strong Cavan connection in the first of the 2017 SFC semi-finals on Saturday as coaching Clonguish is Dermot McCabe from Gowna who is working alongside the manager Collie Clarke.

McCabe is a former All-Star in recognition of the leading role he played on the last Cavan team to win the Ulster senior football championship title back in 1997 and Mickey Graham was also a member of that successful squad.

That adds some extra spice to an already tasty battle as Clonguish attempt to gain revenge for the defeat against Mullinalaghta at the penultimate stage three years ago in their quest to capture the coveted Connolly Cup for the first time since 2009.

St Columba’s must be fancied but after a very lucky escape against Emmet Og in the drawn encounter, the current county champions certainly cannot afford to be complacent against Clonguish.

The indications are that the probable Mullinalaghta midfield pairing of John Keegan and David McGivney, who started in those positions for Longford against Donegal in Round 2 of the All-Ireland Qualifiers this season, will give their club a decisive edge in this vital sector.

And if that happens to be the case then the sharp St Columba’s attack will receive a proper supply of the ball and the opportunity for the lethal trio of James McGivney, Jayson Matthews and Rian Brady to clock up the crucial scores in the bid to get the better of Clonguish.