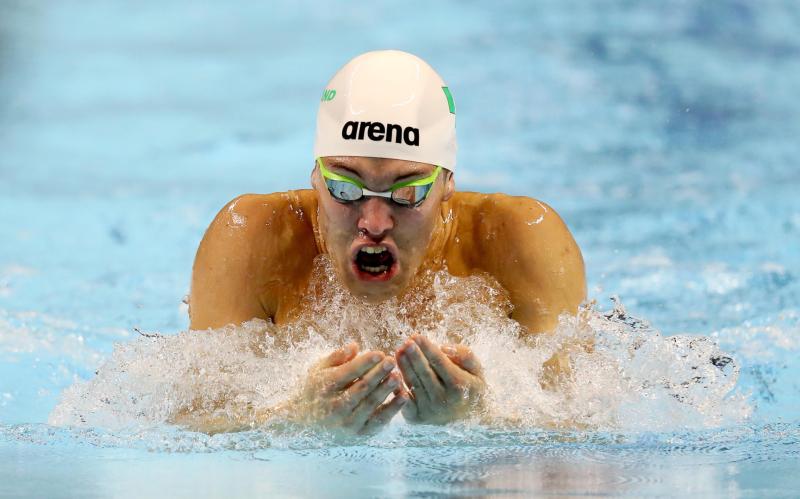 Longford swimmer Darragh Greene set a new personal best on Friday afternoon last in Taipei as he finished sixth in the final of the 50m Breaststroke at the World University Games.

Darragh had a fantastic swim and he took another 0.1 second off his best finishing time, touching in 27.76 seconds.

The UCD swimmer secured his final berth as the 8th fastest qualifier from the semi-finals, and to finish in sixth in the final is a massive achievement.

In the heats he recorded a time of 27.87 seconds - his first time to smash the 28 seconds barrier. And in Thursday’s semi-final, he shaved 0.02 seconds off that time and this 27.85 performance saw his book his place in the final as the 8th fastest overall.

Darragh finished 0.37 of a second behind Belarus’ Ilya Shymanovich who took gold in the event in 27.39, Sweden’s Erik Skagius won silver in 27.49 while Germany’s Fabian Schwingenschloegl was third in 27.63 seconds.

Meanwhile, at the World Junior Swimming Championships in Indianapolis, last Thursday night a new Irish Senior Record was set in the Mixed Medley Relay - Longford’s Gerry Quinn was part of the quartet that set the previous record.