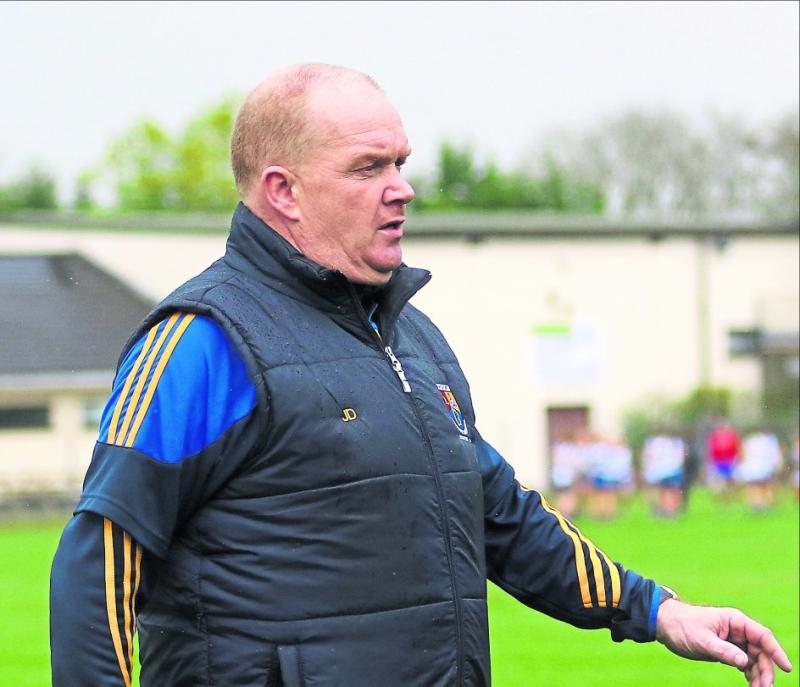 Longford ladies manager James Daly, preparing his side for the All-Ireland Intermediate Championship Qualifier against Leitrim in Boyle on Sunday next. Photo: Syl Healy

For the Longford Ladies there is more at stake on Sunday in their All-Ireland Intermediate Championship qualifier against Leitrim other than a place in the quarter-finals.

A win for James Daly’s side will not only set them up for a clash with Ulster champions Tyrone in the last eight but will secure their Intermediate status.

Daly has every confidence his side will retain their Intermediate status no matter what happens against Leitrim in Boyle on Sunday (2pm).

“I am confident that Longford will stay in the Intermediate grade no matter what happens against Leitrim. We hit a bit of a blip but we were beaten by good teams. We probably should have beaten Offaly but Meath are a strong side and proved it by winning the Leinster Championship.”

Before the draw for the qualifiers was made the Longford managed singled out the best teams on Longford’s side of the draw and it just so happens they will be taking on one of them on Sunday.

“The best two teams in my opinion in the qualifiers draw were Roscommon and Leitrim. We got Leitrim and you just take what you get. The girls are going well at the moment and they are excited about the big game on Sunday”

Although there are experienced players in the squad, there is also plenty of youth and Daly believes games like the one against Leitrim will bring on those younger players: “This is a young team and they will learn and get better. Playing Intermediate football will be a great help. We don’t have too many older players in this panel; it’s a generally young side and they will be stronger next year.”

Longford played Leitrim earlier on this year in a challenge match but they were without their top player Aine Tighe.
Daly rates the Leitrim star highly: “She is one of the best players in the country but if we play to the best of our ability we can beat them.”

Daly was quick to point that there are also talented players on the Longford team. “We have some very talented players and we have big game performers. Leitrim have Aine Tighe and we have Michelle Farrell who I think is as good a player as Aine. We have so many good athletes on the team. If we can get ourselves set up properly we can beat Leitrim and will then be playing Tyrone in an All-Ireland quarter-final. Let’s hope it works out that way.”