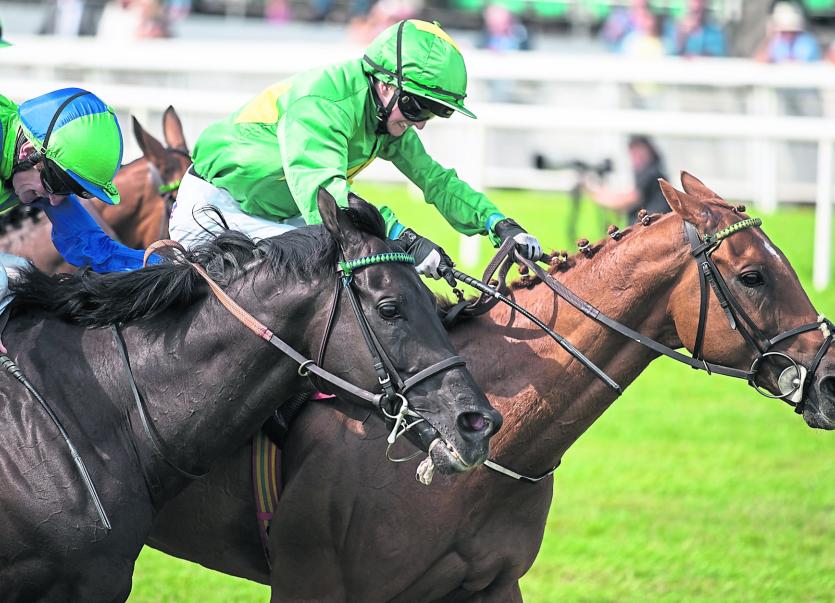 After tipping 14/1 winner SPIORAD SAOIRSE on Day 1 of Galway, the Punter's Eye is back with his top tips for Day 2.

17:20 - A tricky contest where plenty of horses have potential. I've sided with 12/1 shot DEOR for John Kiely under the ride of Davy Russell. This horse made a winning seasonal reappearance at Cork on July 14 and has good past form, beating subsequent Cheltenham winner ROCK THE WORLD by 10 lengths in Wexford in May 2016.

17:55 - BAMAKO MORIVIERE (6/4) is the favourite here but he showed his quirks last time when falling at Kilbeggan. Therefore, he can be opposed with ALL THE ANSWERS (9/4) for Monday's winning combination of Joseph O'Brien and Barry Geraghty. This one hasn't won since last October but that did come here at Galway. He was a good second behind OUR DOUGAL last time out and could live up to his name now for punters.

18:25 - RAYNAMA (11/1) is worth an eachway bet for the slightly out of form Weld/Smullen combination. He was six lengths behind a smart Aidan O'Brien prospect, HAPPILY, at the Curragh in June, but will come on from that here. Having not run since that debut, it is probable that Weld has laid this one out for a crack at Galway, a place he is known to have plenty of winners.

19:05 - ESPOIR D'SOLEIL (5/1) has been relatively friendless in the market but in an open contest, it may be worth taking a risk on this well-related Galileo filly. She will be in the hands of Pat Smullen, trained by Dermot Weld, and it may not take an exceptional debut from her to claim this contest. MAYSONETTE is a massive danger for an in-form yard after an eye-catching debut run last time out.

19:40 - WINDSOR BEACH (6/1) is interesting here for the in-form Johnny Murtagh stable. He has good form with one of the market leaders, TANDEM, a Dermot Weld runner aiming for a four-timer. Murtagh's horse finished just over a length behind that runner last time out while carrying five pounds less than Pat Smullen's mount. WINDSOR BEACH has blinkers on today and will now carry ten pound less than TANDEM. The one to watch is the talented Willie Mullins hurdler, RIVEN LIGHT.

20:10 - Pat Smullen has a decent chance on SO SENSIBLE (12/1) here given this horse's course form. He has been in uninspiring form lately but always gives his running at Galway, including two placed efforts here last year. He couldn't ask for better company than Pat Smullen and as an each-way prospect, this six-year-old certainly catches the eye.

20:40 - HONOR OAK (11/1) could be the one worth backing in the lucky last. He won a race at this track last September and will enjoy this test on similar ground. One of his better runs this term came at the Curragh when he was second behind ASKING on July 1. The likes of mid-80s rated sorts MUSIC BOX and TOBACCO BAY were behind him that day, so he could be still well treated in this field.