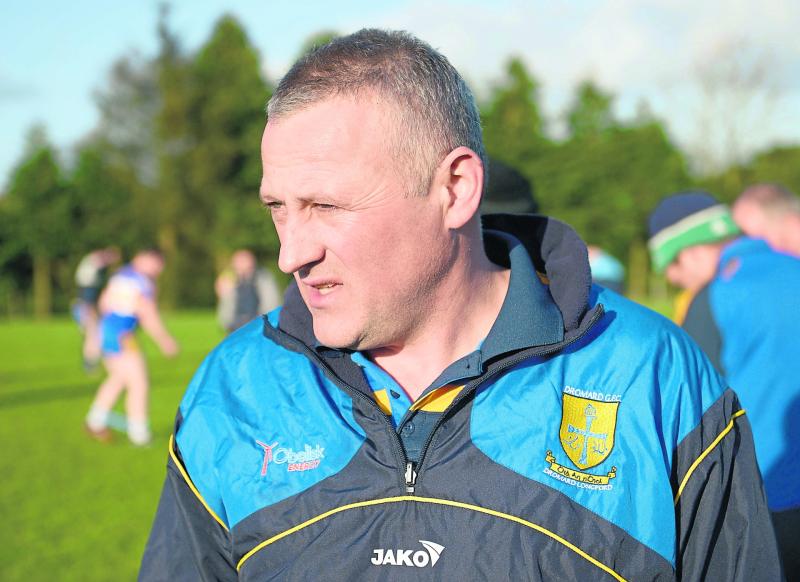 When they were drawn in a very tough group last year many felt Dromard would struggle but they ended up making it through to the quarter-finals, only to blow a glorious opportunity of beating Abbeylara in the semi-final.

That was a match that manager Sean Hagan believes they left behind but it has spurred them on this year.

“In the semi-final against Abbeylara last year we created enough opportunities and had enough possession to win the game.

“That was a tough one to take but it is something that has kept us going this year. We have great belief in the players, even though we are missing lads through injury and other things.”

On the subject of injuries, Dromard have been hit by quite a number of setbacks this year including the loss of two regulars who will miss the championship.

“Gavin McNerney and Padraig Martin are definitely out for the season and they would be on the team. Having said that, It has given other lads the opportunity to start but our squad is restricted at the moment,” said Sean.

Hagan is well aware that people expect his side and Longford Slashers to fight it out for the last place in the quarter-finals but the Dromard displays in the league has given him the hope that his team will put it up to all the other opponents in the group.

“Going on league performances we matched Mullinalaghta and Killoe. We are not targeting any individual match; we want a good performance in each group fixture.

“Most people would look at Killoe and Mullinalaghta as the strongest teams and would see ourselves and Slashers as the two who will battle it out for the third qualifying place in the group.”

Dromard’s first game is against Killoe and Hagan knows a good start to the championship is so important. “A good start is a big boost for the confidence of the players.

“That air of belief you get by winning the first game is worth a couple of scores in the other games and we are looking forward to the challenge,” commented the quietly confident Dromard manager.