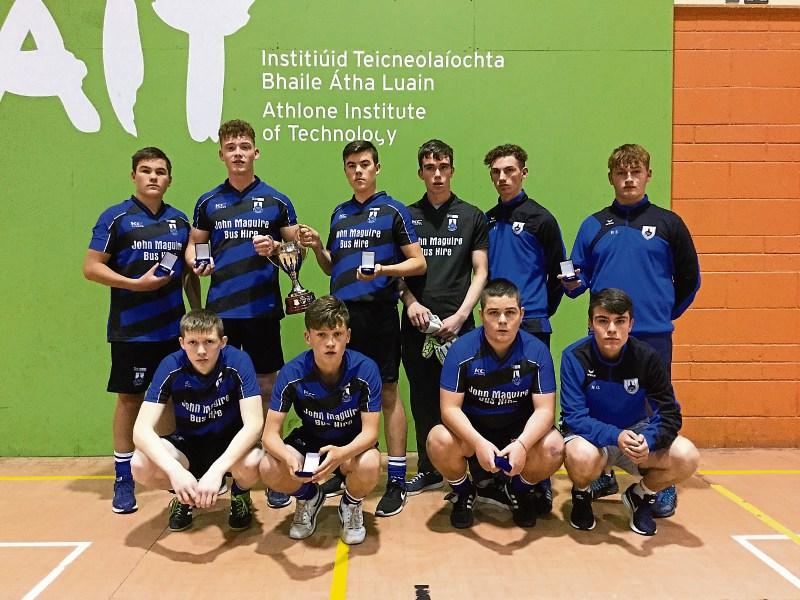 Longford Youthreach successfully retained the National Youthreach All-Ireland In-Door Soccer trophy, when they defeated Lifford from Donegal by two goals to zero in the final.

Played in AIT, the competition involved teams from Cork, Limerick, Meath, Dublin, Donegal and Mayo, all of whom had been victorious in their own Regional qualifiers.

Longford played four games on their way to the title, scoring six goals in the process and conceding none.

Richie Doyle scored all six goals on a day when his undoubted ability was apparent to all.

This was Longford Youthreach's third All-Ireland final appearance in four years, having lost the third final on penalties in 2013.

Longford Youthreach are currently enjoying great success on the football field, with 14 lads attending the Centre playing on a regular basis.

Most of these players would have been involved in an international friendly we played while on a Centre trip to Madrid four months ago.

PE and positive mental health are cornerstones of the Longford Youthreach Programme.

Congratulations to all 14 players who contributed to our success throughout the year.