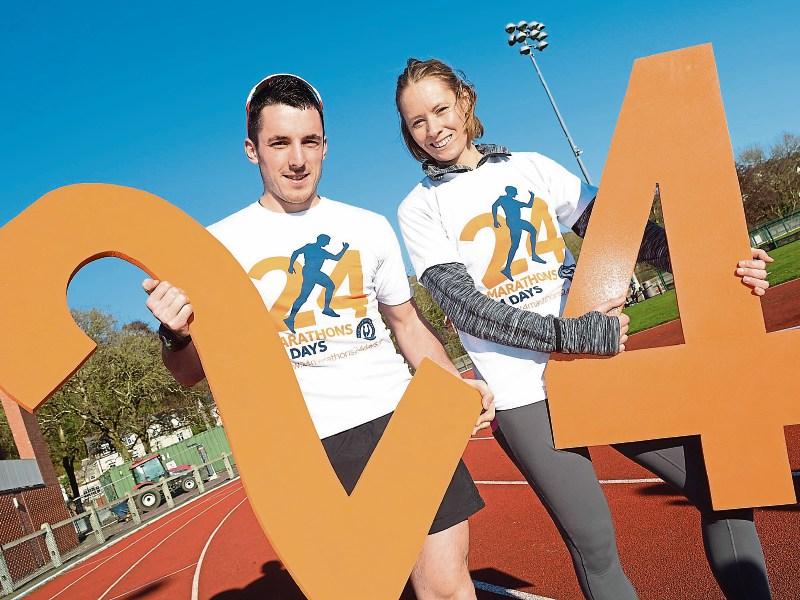 An epic charity challenge being kicked off in Donegal Town by legendary Ireland soccer goalkeeper, Packie Bonner on Thursday (June 22) is coming to Longford on Tuesday, June 27.

Kerry man Shane Finn intends to run 24 marathons in 24 consecutive days to raise €100,000 for Spina Bifida Hydrocephalus Ireland (SBHI) and, on day six, Shane’s marathon route will start from outside Croughan’s SuperValu, Ballymahon Road, Athlone Town and finish up in the centre of Longford Town.

Shane’s 35-year-old cousin, Mary Evans, lives in Celbridge, County Kildare, and like thousands of other people in Ireland has Spina Bifida and Hydrocephalus. She is his motivation.

Shane believes that he can complete the 24 marathons in 24 consecutive days, starting in Donegal  and finishing in his native Dingle on  July 15.

You can find out more information about Shane’s incredible undertaking and track his progress each day in real time on: www.24marathons24days.ie.