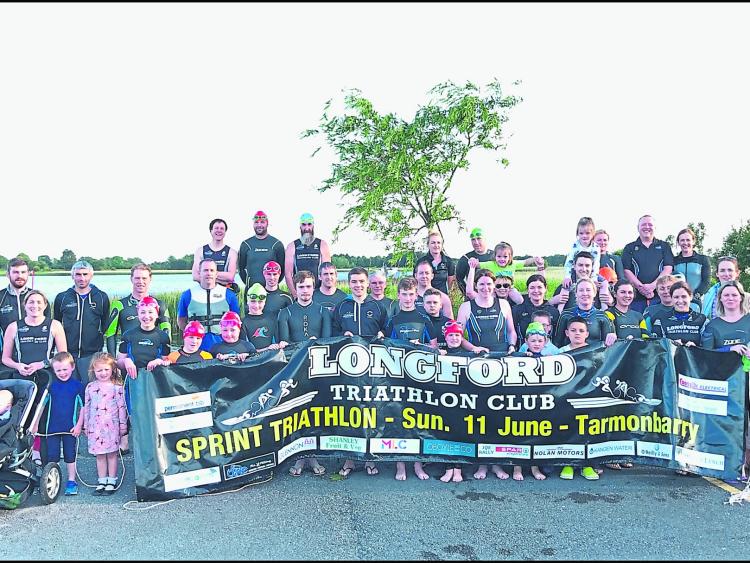 Getting ready for the Tarmonator Triathlon that takes place in Tarmonbarry this weekend, hosted by Longford Triathlon Club.

Over 150 competitors from across the midlands, west and border counties have entered this year’s event, which has been growing in popularity since it was first held two years ago.

The race involves a 750 metre swim just below the lock in Tarmonbarry, which is followed by a 20k cycle and a 5k run that takes in the village of Clondra.

Race director, Roisin Donoghue says there has been a huge interest in this year’s race.

“We have a really mixed entry once again this year, which includes some very seasoned triathletes and many who are taking part in their first multi-sport event.

“That’s the great thing about the race in Tarmonbarry, it accommodates all levels of competitors. The bike route, from Tarmon into Longford and back again, is very flat and has led to some very fast times being recorded in recent years. We expect the same again on Sunday.”

With a big entry confirmed once again this year the organisers of the race say motorists on the Longford/Tarmonbarry road can expect some traffic delays between 10.30am and 11.45am on Sunday.

A stop-go system will be in operation around the bridge area to ensure the safety of all road users on the day.

Longford Triathlon Club say the event could not be such a success without the ongoing support of the local community and have thanked everyone in the area for their continued cooperation, especially Tom Crosby and his team for their assistance.

Spectators are more than welcome to come along and experience the excitement and the colour that a triathlon event brings to the area. The race starts at 10am so get down to the lock in Tarmonbarry early to lend your support to all those taking part in the ‘Tarmonator’ Triathlon 2017.