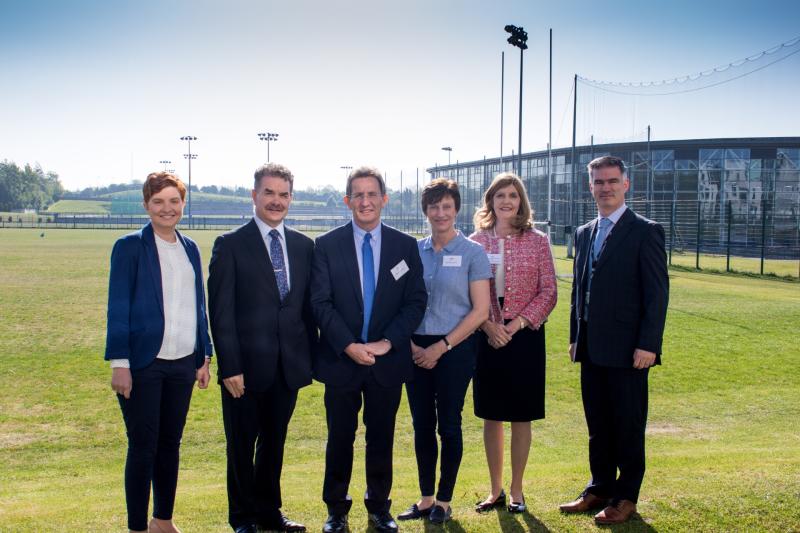 Drugs in sport, sponsors role in the ethics of sport, ethical considerations of genetics, transhumanism and kids turning off sport were among the topics explored by top names in the sporting industry at a major interdisciplinary seminar on ethics in sport held in AIT.

The seminar which was held and organised by AIT probed a number of key ethical issues that we are facing in sport today and the impact of these issues on the various stakeholders in the industry.

The keynote address was given by Professor Niall Moyna, Head of School of Health and Human Performance and a member of the Centre for Preventative Medicine in DCU and his talk captivated the audience when he discussed in great depth how the issue is not a black and white one. Professor Moyna spoke about drugs as an ethical issue in sport today and said that they “are a huge problem when you talk about sport. The athletes are always one step ahead, sometimes two or three, but technology is now catching up with drug cheats."  He also discussed an area personal concern within the space, therapeutic exemptions and added that he felt that it is an area that is being misused, adding, “this is a big issue that needs to be addressed."

Professor Moyna also highlighted the key developments that are taking place in genetics which are fast becoming ethical issues that are going to be far greater than previous generations. He commented that “if you are given a genetic predisposition, should you be punished for this? You can’t put in what god left out.” He concluded his talk by discussing the biggest ethical issue that is facing the sporting sector and that is kids being turned off sport and added that as adults we have to be responsible to get them engaged in sports and turning kids into sports.

Key speakers from the event included Head of Nutrition with the Irish Rugby Football Union (IRFU) Ruth Wood-Martin, who gave a talk on “Ethics in Sports Nutrition facing Practitioners and Athletes” , Director of Participation and Ethics, Sports Ireland, Dr. Una May, who spoke about “Ethics in Sport - a changing world”, Dr Bill Cuddihy spoke about problems encountered by a sports medical practitioner, Patrick O'Connor, Solicitor and Board Member of Sport Ireland and Connacht Rugby spoke about "How you play the Game".

Dr. Mary McDonnell-Naughton, Chair of AIT Research Ethics Committee commented that “Ethics is a pressing issue in all aspects of sport in our modern society.  It is vital to ensure that we understand and explore these ethical issues to ensure that we are able to best respond to these challenges.”

Paralympian Mark Rohan was a guest speaker at the seminar and spoke passionately to the audience. Mark received a Distinguished Fellowship at AIT in 2011, he completed a Sports Management Degree at UCD in the class of 2009. Mark has a number of accolades to his name. He has represented Ireland in the Paralympics, becoming a double Paralympic Champion in 2012 and also a Double World Champion in 2011.