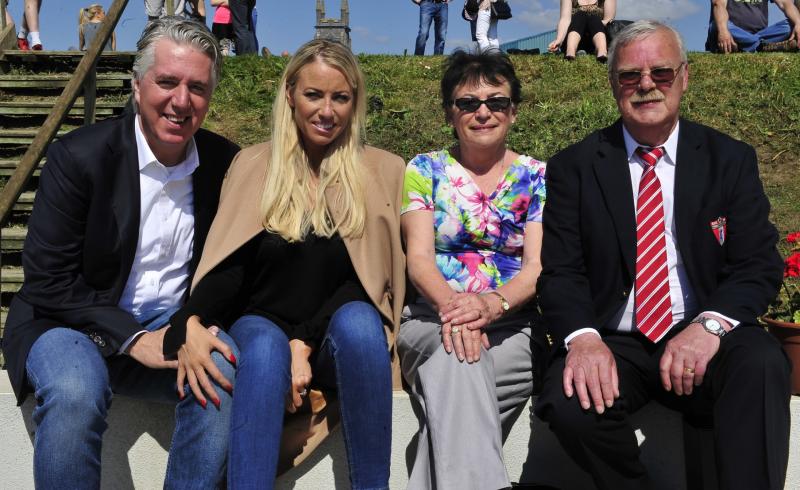 Ballymahon AFC were thrilled to welcome FAI CEO John Delaney to perform the official opening of their new dressing rooms last Sunday week. And the club were doubly thrilled when Mr Delaney presented the club with fifty tickets for the Republic of Ireland's forthcoming world Cup qualifier against Austria.

The opening, which was performed by the FAI CEO John Delaney, was attended by large crowds at the south Longford club.

John Delaney praised Ballymahon AFC for the work they do in promoting the game and in particular their input into progressing young players. 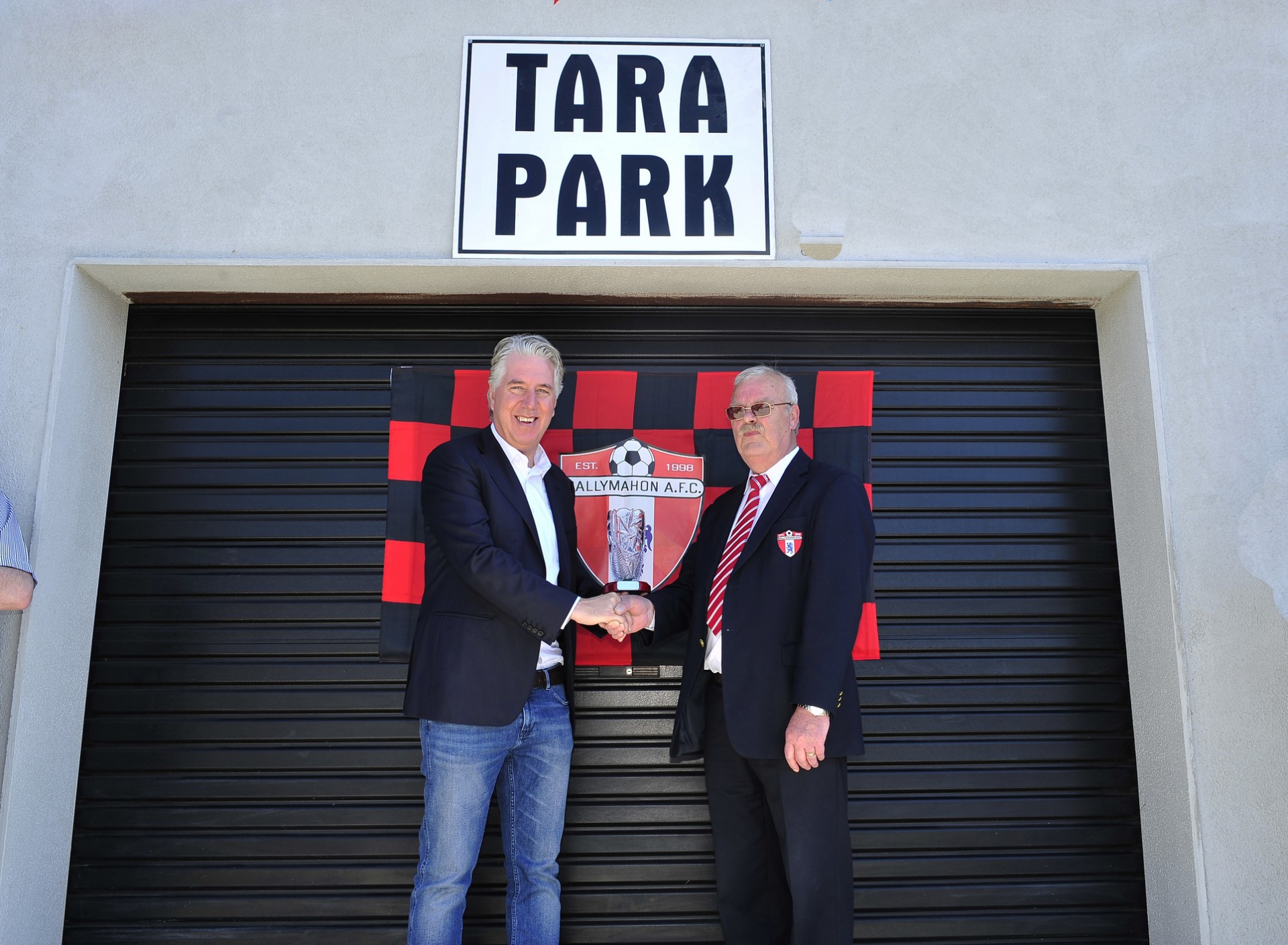 
In recognition of the work done by Ballymahon AFC the FAI CEO bestowed a special award to club chairman Colm Ledwith for services to football.

It was a very special day for the club and the Chairman acknowledged the tireless work put in by all club officers, managers and players.