No joy for Newtowncashel's Skelly in GAA presidential bid 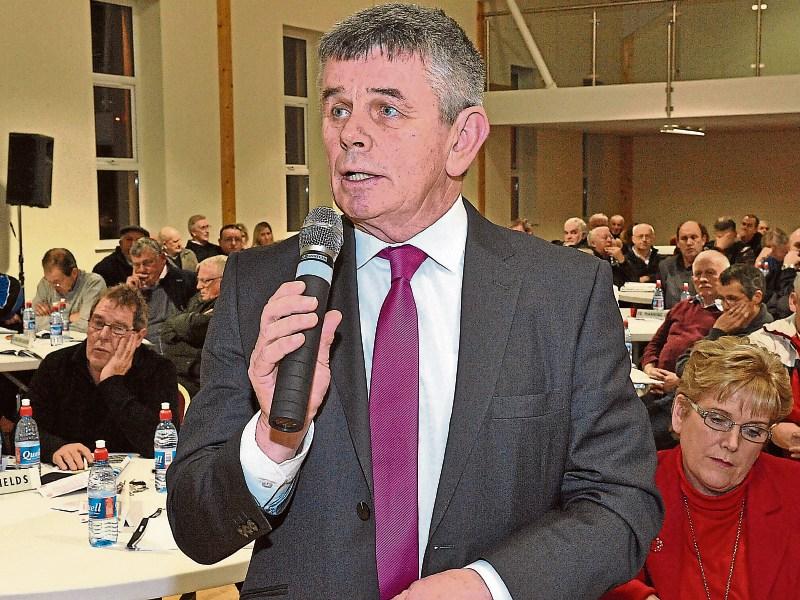 Although bitterly disappointed at losing out in his bid to become the 39th GAA President, Longford’s Martin Skelly was gracious in defeat as he extended congratulations to the Uachtarán-tofa, Dublin’s John Horan at GAA Congress in Croke Park.

“Maybe for a few weeks Longford were on the All-Ireland trail. It didn’t happen this time but hopefully someday it will,” reflected the Cashel clubman.

Horan’s triumph was comprehensive and he was elected on the 1st Count, with 144 of the 278 first preference votes on offer, to succeed Cavan's Aogan O Fearghaíl as President in 2018.

Martin said it was ‘an excellent campaign and not a wrong word said’.

He thanked everybody that worked with him, his family, club and county. “They were very, very loyal, as indeed were the county of Longford and my club of Newtowncashel, all who rallied around me during the course of the campaign.”

Martin said he will continue to play a role in club and county GAA affairs.

He is still National Féile Chairperson and is also Chairperson of the Longford GAA Race Day organising committee.

This year’s Race Day is on Wednesday, April 26 - the day of the Coral Punchestown Gold Cup - and he was delighted to announce that Nally’s Hyundai, Ballymahon will be the main sponsors of the 2017 Longford GAA Race Day.