Controversial finish as Louth hold out for narrow win over Longford 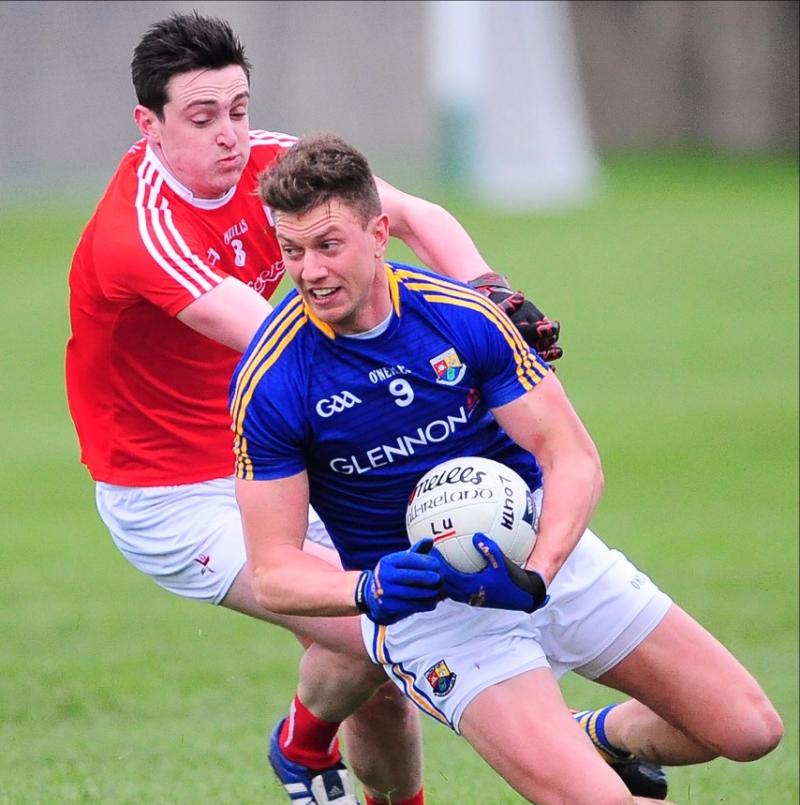 Despite not playing well for most of the match and particularly so in attack, Longford tried hard to avoid defeat in Drogheda and might have snatched a draw but for a couple of controversial decisions in the exciting finish to the National Football League Division 3 game on Sunday last.

Even against the strong wind in the second half, Louth were holding the upper hand with a tight grip at midfield and when their most dangerous forward Ryan Burns fired over a free in the 55th minute the home county established what appeared to be a comfortable 0-11 to 0-6 advantage.

However, Louth failed to register another score during the remainder of the contest as Longford gradually woke up to get their act together and providing the inspiration was influential centre-half-back Padraig McCormack who landed a tremendous long range point in the 57th minute.

Moments later Robbie Smyth was also on target from play to make it very interesting indeed but the comeback was halted when Longford were denied a sideline ball and it developed into a real war of attrition thereafter with Sean McCormack missing a costly free in the 66th minute.

Derek Maguire should then have made it safe for Louth when he dropped a clear-cut point attempt short into the arms of opposing keeper Paddy Collum and Longford produced a strong finish that yielded a brace of scores from frees converted by Robbie Smyth and Sean McCormack, the latter on the mark in the 70th minute.

The linesman on the stand side of the pitch then ruled that Brian Farrell, holding vital possession, was out over the line with the ball which was not the case and this harsh decision eased the pressure on Louth who held out for a narrow one point win.

There was some more controversy when Monaghan official Niall McKenna blew the full-time whistle a minute short of the additional four minutes that the sideline official had flashed on the board, the latter apparently getting it wrong with the number as the referee was adamant he had played the correct time.

Longford were in possession in their own half of the field and the chance perhaps of creating a last gasp equalising point but it was not to be as the bad record at the Drogheda grounds continue.

A significant blow was the unfair black card dismissal of midfielder John Keegan with just three minutes gone in the second half for a harmless push on a Louth player but there was some good news as the long term injured Michael Quinn made an earlier than expected return to the county colours after breaking his ankle in a club championship game for Killoe last summer.

Quinn was brought on in the 54th minute and he will be in better shape for the next league fixture on Sunday February 26 at home to Armagh, the original Division 3 title favourites who have made a bad start after drawing with Sligo and losing to Laois.

Such is the thin line between success and failure  in this very tight league that had Longford beaten Louth they would now be top of the table and will probably need at least six points to be sure of avoiding relegation.

The attack were very disappointing in Drogheda and the frustrated away supporters had to wait until the 42nd minute to witness Longford’s opening score from play to materialise and that was registered by substitute Brian Farrell.

Seven of the ten points total came from frees (six of those from Robbie Smyth) and after shooting no wides in the first half, there were five costly missed chances on the changeover which included two frees and a ‘45’.

Louth were also guilty of some poor finishing, clocking up six wides during the course of this poor game that was spoiled considerably by the bitter cold windy conditions, but they were the better team on this occasion.

While Darren Gallagher was recalled at centrefield on the Longford team after missing the Offaly game due to suspension, the absence of the injured Diarmuid Masterson was a notable setback and hopefully he will be back in action soon.

It proved to be a real uphill battle for Longford against the stiff wind in the first half and their opening score did not arrive until the 15th minute when Robbie Smyth fired over a free in front of the posts that was won by himself as he was fouled after making a great catch.

Louth had four points on the scoreboard at that stage, the first three from Ryan Burns frees while the fourth score was a Paraic Smith strike from play after defender Kevin Carr was denied a goal when his shot hit the post.

The home side managed three more points in the first half (all from play) through Burns, Bevan Duffy and wing back Derek Maguire - the latter surging forward to shoot over the bar in stoppage time just after Longford keeper Paddy Collum struck a free against the post.

Just before the half-time whistle Robbie Smyth landed his third free,  as he was also on target in the 26th minute, and Denis Connerton’s side were not in a bad position as they  trailed  by 0-7 to 0-3.

With the wind advantage in the second half, Longford were still very much in contention and closed the gap immediately on the resumption when Robbie Smyth converted another free.

Smyth then dropped a shot short in his attempt for another score and following the unfortunate departure of John Keegan, Louth regained the upper hand mainly due to the big impact made by Tommy Durnin and Andy McDonnell at centrefield

Durnin delivered a wonderful long range point and full-forward Jim McEneaney then got his name on the scoresheet before Brian Farrell shot over the bar for the visitors.

A point from the other Louth midfielder McDonnell followed before Robbie Smyth converted a free in the 50th minute.

And while Longford improved considerably in the final quarter in a determined bid to salvage the situation they ended up suffering the bitter blow of losing by the minimum of margins.